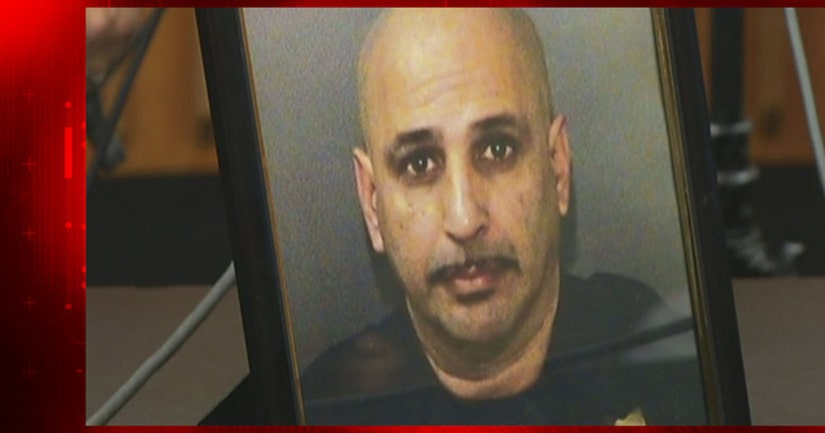 VALLEJO -- (KRON) -- An off-duty Richmond police officer was shot and killed inside his home in Vallejo early Thursday morning.

The shooting happened around 4:30 a.m. near the Glen Cove area in the 30 block of Narragansett Court, according to police.

A domestic dispute lead to the murder of Gus Vegas, 58, inside of his own home, police said.

Vegas was attempting to stop a fight involving one of his adult children when the shooting occurred.

The suspect, Robert Vega, is the father of Vegas' 6-year-old grandson.

After Vega, 30, allegedly shot and killed Vegas, he fled the home with the grandson.

Vegas was a 15-year veteran of the Richmond Police Department but lived in Vallejo.