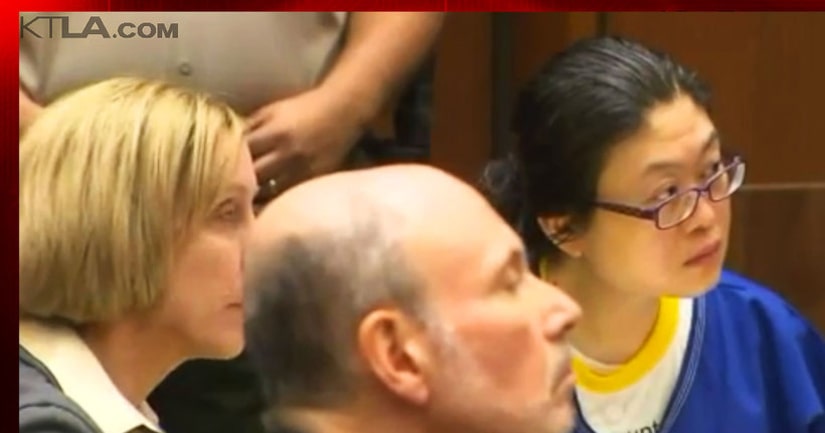 LOS ANGELES -- (KTLA) -- A Rowland Heights doctor who was the first U.S. physician to be convicted of murder for overprescribing drugs to patients who died was sentenced Friday to 30 years to life in state prison.

Moments earlier, however, she apologized to the families of her victims, many of whom packed the downtown courtroom.

"I cannot imagine what you have gone through," the bespectacled Tseng said in a soft voice. "I have been -- and will forever be -- praying for all of you."

One person overdosed in her clinic, at her feet, the prosecutor said in October, when a jury found Tseng guilty. She had to call 911 to have the patient resuscitated.

The patients whose death led to the murder verdicts were: Vu Nguyen, 28, of Lake Forest; Steven Ogle, 24, of Palm Desert; and Joseph Rovero, 21, an Arizona State University student from San Ramon.

At the time of the guilty verdict, the DA's office said the jury decision marked the first time a U.S. doctor was convicted of murder for overprescription of drugs.

While the murder conviction against Tseng is apparently without precedent, her prosecution as a doctor-turned-drug dealer is not.

There has been a steady stream of such cases around the country in recent years. Some have targeted allegedly corrupt doctors on the payroll of criminal "pill mill" operators. Others involve self-employed physicians like Tseng accused of abandoning patient care in pursuit of greed.

Tseng's sentencing comes as the nation is in the throes of a heroin and prescription drug abuse epidemic. The problem is an oft-mentioned theme by presidential candidates from both parties, and the White House this week proposed $1.1 billion in new funding to combat the problem.

Medical experts and law enforcement officials blame reckless and criminal prescribing of opiate-based painkillers and other potent narcotics by doctors like Tseng for contributing to the problem.