It's Super Bowl weekend, and like many high-profile sporting events with thousands of men flush with cash, cops see a huge increase in sex-trafficking.

Playing out inside seedy motels all over the Bay Area, prostitutes -- some as young as 11 -- are forced into sex slavery.

What can make a difference? A little bar of soap. On the packaging is a phone number, a lifeline for a teenager in trouble.

These are the SOAP (Save Our Adolescents from Prostitution) Women. They paste the numbers on the soap bars and visit every "hot-sheet motel" in the Bay Area.

Armed with bags containing the soap, the women warn managers to keep on the lookout for pimps and hookers.

"I hope that a girl will see it in the bathroom and take it off the soap and put it in her pocket and call that number when she can, when she's ready to," said SOAP founder Theresa Flores, who knows what these young girls are going through.

Flores wrote a book about her experiences as a teenage prostitute called The Slave Across the Street: The Harrowing True Story of How a 15-year-old Girl Became a Sex Slave.

Flores says her nightmare began when she was 15 after a boy she liked blackmailed her into slavery, which lasted almost two years.

"There were pictures of me naked, him with me, and he said 'My two older cousins were hiding in the closet and they took these and they want you to earn them back, or else,'" said Flores. "What he meant was basically being their sex slave."

Theresa Flores was able to escape only after her father was transferred to a new job a thousand miles away.

Now she and these volunteers are working hard to rescue the young women forced into a life of depravity by evil pimps who advertise online. Flores says they even beat up the girls if they don't make their quotas.

Many online sex-traffic ads say the female is 21, but some don't look older than 15.

"If they don't show their face, then we know that they're under age, because these guys can get in more trouble for child pornography than they can human-trafficking," said Flores.

Flores spends every waking moment trying to stop sex-trafficking, which the feds call a $32-billion industry, second only to drug-trafficking.

Days before the big game, SOAP volunteers visited the cheap motels that traffickers might frequent.

Theresa Flores wants to set these girls free from a life on the streets, the life she was lucky to escape from.

"Each girl just wants somebody to rescue her, and it feels like no one is rescuing you," said Flores. "That's why I do this, 'cause nobody rescued me." 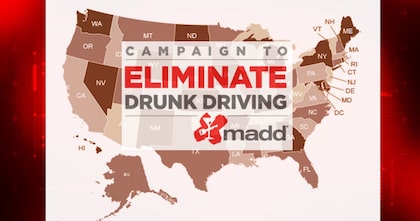