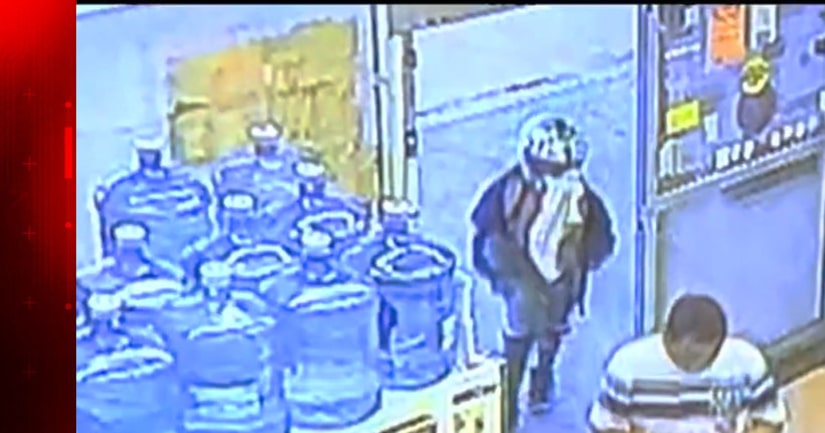 WEST PALM BEACH, Fla. -- (WPTV) -- A store clerk at King Foods and Meat Bazaar was shaken up over what he saw Wednesday evening.

In the store's surveillance video, you see an 8-year-old boy walk in.

"He went through the entry door and very quietly, very confidently," the clerk says. "He was wearing like a motorcycle helmet, and he was wearing a sweater over his mouth. He was only showing his eyes."

What happened next shocked everyone.

The boy walked up to the cashier - and pointed a gun hidden underneath a sweater.

"He told the cashier 'give me the f-ing money.'"

The clerk and another employee quickly springing into action.

In the video, you can see the 8-year-old boy try to escape the grasp of the clerk.

Investigators tell us the boy stole the gun from his mother.

WPTV was that told the boy was hospitalized for his own well being.

West Palm Beach police spokesman Lori Colombino said Friday that the child was taken to the Juvenile Assessment Center. The boy was charged with attempted armed robbery with a firearm and aggravated assault. However, the state has decided not to press charges.

The child must attend a diversion program and has been ordered to stay away from the convenience store. If he doesn't comply the state could reinstate the charges.