LOS ANGELES -- (KTLA) -- Two teens were charged with murder on Thursday in connection with the deaths of two young women, whose bodies were discovered in a Montecito Heights park last October, according to the Los Angeles County District's Attorney Office.

The charges were filed one day after a Los Angeles Police Department source said an arrest had been made in the case, confirming information released by one of the suspect's mothers.

The teens were identified as 17-year-old Dallas Stone Pineda, also known as "Trippy," and 18-year-old Jose Antonio Echeverria, aka "Klepto," according to the legal complaint.

Echeverria was also charged with attempted murder and shooting at an occupied vehicle. The attempted murder victim — who was targeted Jan. 29, according to the complaint — was identified only as John Doe.

In another count, Echeverria was charged with bringing contraband into the LAPD's Metropolitan Detention Center on Jan. 30. He allegedly brought in a controlled substance and paraphernalia for injecting it.

Echeverria was arrested early Nov. 7 by LAPD's Rampart Division and released about 9:30 p.m. the following day, inmate records show. He was rearrested late Friday. Jan 29 by LAPD's Hollenbeck Division and has been in custody since then. He was being held on $1.34 million bail at North County Correctional Facility in Castaic, the records show.

In addition to the murder charges, Pineda also faced the special circumstances that he was an active gang member, and carried out the killing to further the gang's activities, according to the complaint.

Charges were filed against the pair on Thursday. Prosecutors have recommended that the two be held without bail.

The arrest and charges come more than three months after the bodies of 17-year-old Briana Nicole Gallegos and 19-year-old Gabriela Calzada were found near a hiking trail in Ernest E. Debs Regional Park.

The victims, both fully clothed when discovered on Oct. 28, each sustained some type of blunt-force trauma. A cause of death has not been released by the L.A. County coroner's office.

Gallegos and Calzada were killed on Oct. 27. Both had been shot, which caused "great bodily injury and death," the complaint stated. 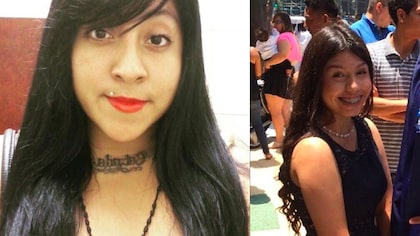 1 arrest in double homicide of teen girls at L.A. park