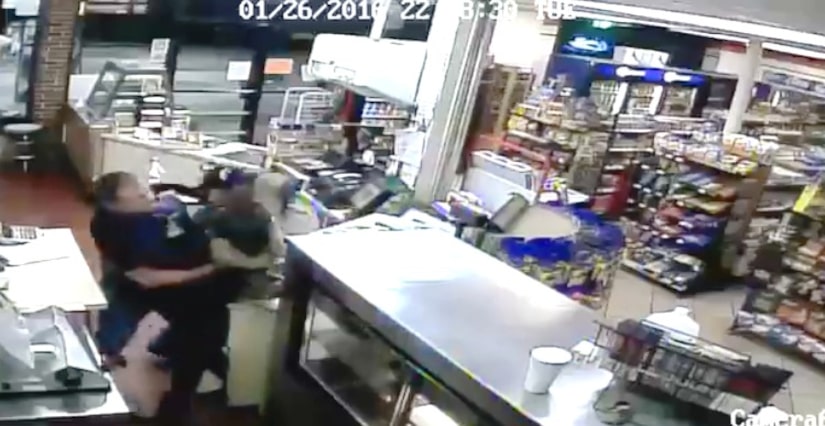 BREVARD COUNTY, Fla. -- (KFOR) -- A man who attempted to rob a convenience store in Florida will probably think twice before trying to break the law again.

On Jan. 26, officers with the Brevard County Sheriff's Office were called to an armed robbery of a gas station.

Surveillance cameras were rolling inside the store as the suspect walked up to the clerk and threatened him with a weapon.

When the suspect handed the clerk a bag to put the money inside, he had enough.