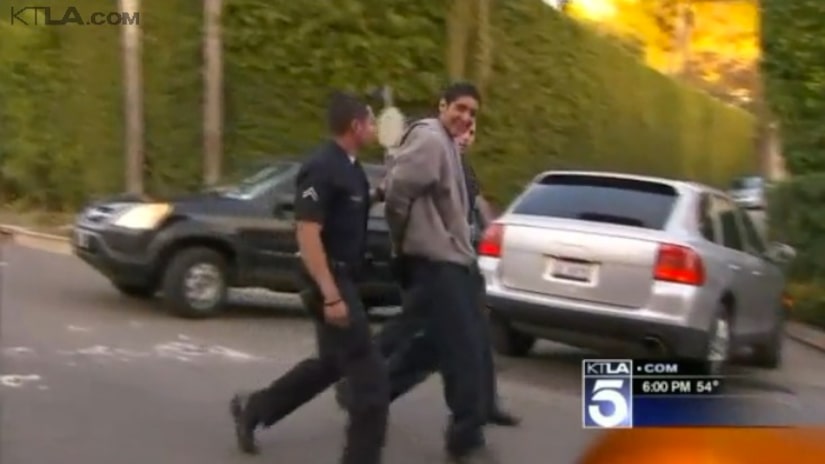 LOS ANGELES -- (KTLA) -- Four people were in custody, and one was still being sought Monday after a break-in at a home in the Hollywood Hills, according to police at the scene.

Police received a call around 2 p.m. from a woman who reported that she arrived at her boss's home at 1432 Tanager Way to find 5 people burglarizing it, according to Officer Mike Lopez with the Los Angeles Police Department.