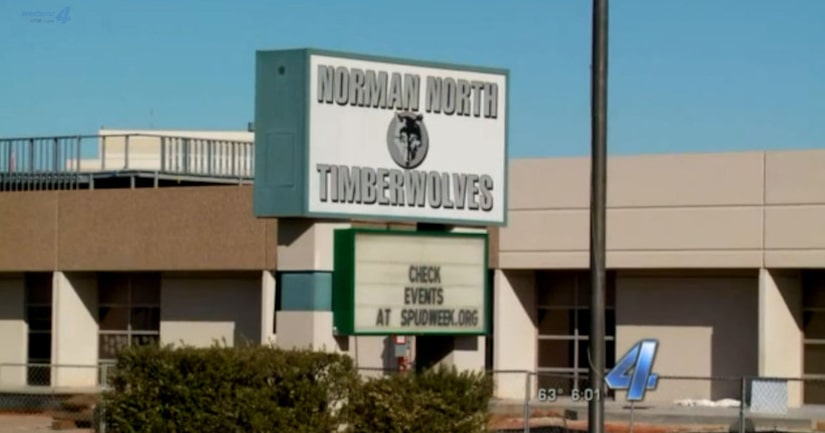 The students are accused of sexually assaulting a 12-year-old and a 16-year-old. Both victims are said to be members of the high school wrestling team.

The oldest of those charged is 18-year-old Tanner Shipman, who is being charged as an adult.

The other three defendants are charged as youthful offenders. We are not releasing their names because they are juveniles.

Mashburn says the crimes happened on a Norman North High School bus in Garvin County and outside the high school as the team returned from a tournament.

Mashburn says the 16-year-old was assaulted first, in between seats on the back of the JV wrestling bus. We're told cameras inside the bus captured the alleged crime, even the alleged suspects bragging about the assault as it happened.

"Once that was over, then the discussion began about getting some of the younger wrestlers back to the back of the bus," Mashburn said.

That's when investigators claim Shipman lured the 12-year-old victim to the back of the bus.

We're told while one of Shipman's friends held the boy down, another teen raped him.

However, the 12-year-old victim says the nightmare didn't end there.

A second alleged assault happened back on campus.

We're told a group of wrestlers, including Shipman, forced the boy behind a building and raped him again.

"They assaulted him again there, he gets up and there's a third time when they just had grabbed him and put him in between two cars, but his father had pulled up, so the assaults stopped," Mashburn said.

NewsChannel 4 asked why the 12-year-old was on the same bus as upperclassmen, and a spokesperson told us all those students were on the junior varsity team, so despite their ages, they rode together.

On Monday afternoon, school district leaders confirmed that a second coach has resigned.