DNA from blood spots, possibly from being bitten by Ross's dog at the murder scene, were matched to Larry Stephens in 2015 when he was arrested for an unrelated domestic violence incident in Santa Rosa, the Register reports.

Deputy District Attorney Jennifer Walker said Stephens at the time stayed with a friend at the same apartment complex. Shortly after his arrest, his wife said he has a violent temper, particularly when drinking, the Santa Rosa Press Democrat reported. 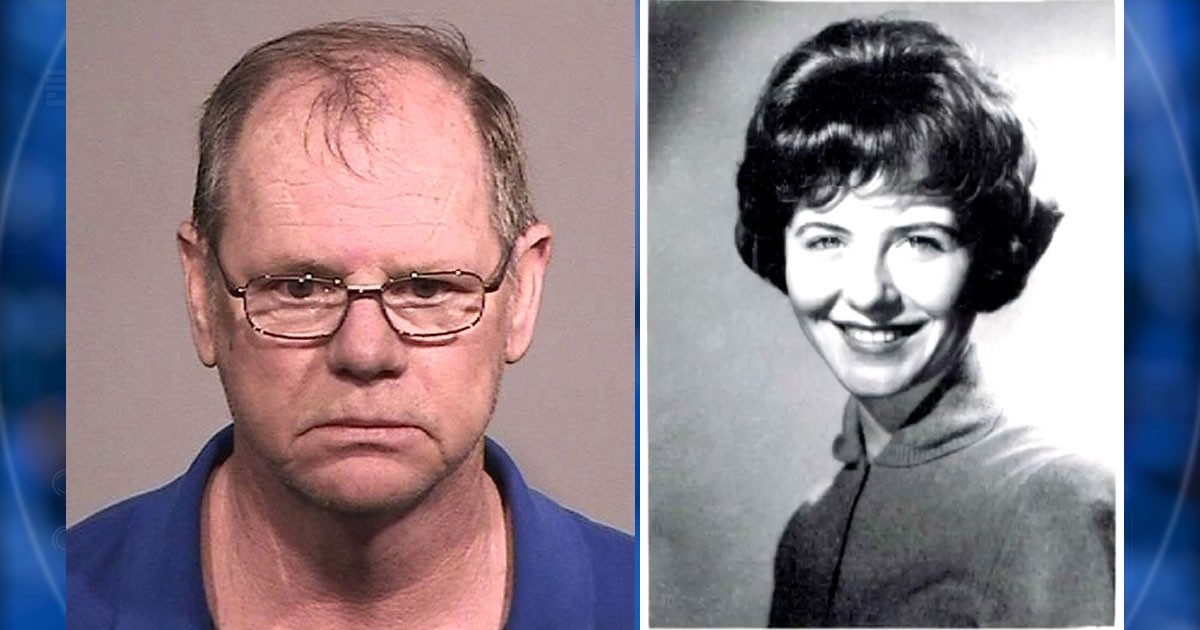 Stephens faces life in prison when he returns to court for sentencing.

Was a decades-old cold case just cracked with the help of a little dog?

It was the murder that shocked the small California town of La Palma on December 11, 1974.

Patricia Ann Ross -- "Annie" to her friends -- had moved to La Palma, California from Arizona after a painful divorce. Annie made a new life in her new town: She made friends, co-owned a local business and dated.

December 11, 1974 was an exciting day for Annie. She had just sold her plant store and met with the new owners to sign the papers. Afterward, the plan was to run home to freshen up, then pick up a pizza for a double-date with Bob, Shari and Shari's boyfriend, Rod. Annie was planning to move to Los Angeles to start a new job in three days.

Around 5 p.m., Annie arrived home at her one-bedroom ground floor apartment in the Brookside Apartments complex and got into the bathtub.

Feeling something was wrong after Annie didn't show up for their date, Annie's friend Shari gave Rod her key to Annie's apartment. When Rod arrived at Annie's apartment about 30 minutes later, he knocked but there was no answer.

He entered using the key and made his way through the apartment.

"Rod called and Bob answered and he told him that Annie was at her house," said Shari. "Naked, murdered, strangled. And we just couldn't believe it."

Police found Annie had been taken from the bathtub. She was sexually assaulted and strangled to death from behind.

Police believed Annie was killed between 5:15 and 5:45 p.m. They found blood in a few areas of the apartment. And cops felt that blood wasn't Annie's -- it seemed to be her assailant's blood. Cops collected the samples -- but DNA testing was still years away.

"According to the witnesses, the dog was violently barking for a period of about a half-hour, went to muffled barking and eventually no barking," said La Palma Police Captain Jim Engen, who investigated the case at the time. "We theorize that's when this crime was occurring, that's when our suspect put the dog in the drawer to keep it silent."

In the days and months that followed police interviewed 53 people, including Annie's ex-husband, any boyfriends, her ex-partner at the plant store, the two women who bought the shop, the boss at her new job, and neighbors at the apartment complex, including the man who lived right upstairs. All leads led to dead ends.

"The case remained cold until 1996 when the crime lab was able to develop a profile of an unknown male," said Capt. Engen.

Now more than 40 years after Annie Ross's death, investigators were finally narrowing in on three potential suspects: A doctor, a neighbor and a postal worker.

In 1996, a young detective took a fresh look at the file, and the following year, DNA testing turned up a profile for an unknown male. That DNA of the unknown male was entered into CODIS (Combined DNA Index System, the national DNA database) but there were no matches.

Then in 2007, Engen brought Detective Paul Bracciodieta in to work on the city's only unsolved homicide, one that happened three years before he was even born. Together they set out to talk to every person named in the original investigation.

They believed the name of Annie's killer was somewhere in the three-ring binder of original notes in the case. Around 30 pages in, they found something that would lead them back to Annie's upstairs neighbor.

After interviewing Annie's neighbor, he was quickly cleared. But police learned more about the neighbor's friend and frequent guest, Larry Stephens. Stephens had lived nearby, but would sometimes stay at the Brookside complex. Cops could place him there around the time of Annie's murder.

And shortly after the murder, when Annie's neighbor told Larry the cops wanted to talk to him:

"Larry had replied, 'I'm not going to go talk to the cops,'" said Engen.

As it turned out, Larry Stephens's name had been misspelled in the original police report, the last name spelled with a "v" instead of "ph." The mistake stalled the current investigation. But once cops knew who they were looking for, they soon interviewed Stephens's first wife, Frances Jackson, to learn more. She disclosed he had been violent with her, and she left him.

Engen and Bracciodieta felt they were definitely on the right track, but their hands were tied. They had no way to connect Larry Stephens physically to Annie's murder.

Stephens had been arrested a few times in the past, but his DNA wasn't in the national database.

Years went by, then a California law helped end that wait.

"We knew that Proposition 69 was in effect, so we knew that if he was picked up for a felony, that his DNA would be collected, so it was all about patience at this point," said Engen.

Then, in May 2015, the team got a break -- they got a hit on the DNA in the 1974 murder, and it matched Larry Stephens. Two months prior, Stephens's DNA was collected after he was arrested for domestic violence against his current wife.

Engen and Bracciodieta traveled to the Bay Area where Stephens was living.

Then Stephens changed his story.

"Larry confirmed that he would frequently visit that apartment complex," said Engen.

"As the interview progressed, it became clear that he was an individual resigned to his fate," said Bracciodieta. "I think maybe what he was thinking was 'What took so long?'"

Stephens, 65, was then placed under arrest.

There is nothing about his alleged assault on Annie Ross that would explain why he bled. Well, it turns out there's a hero in this case, one that happens to have four paws.

"Really, the unsung hero in this whole saga could be this little dog 'Jodie' who was the lone survivor," said Bracciodieta.

Jodie had been put in the dresser drawer at the time of her murder. Many believe, including the Orange County Prosecutor, that the dog bit Larry Stephens, causing him to bleed and leave his DNA at the scene, and without that evidence, an arrest may never have been made.

"It's my belief that in trying to protect her, the dog probably bit Stephens, and punctured, and that's where we get our drops of blood that 40 years later solve the case," said Orange County Prosecutor Larry Yellin.

"Little police department did some big work," said Yellin. "They didn't let it go in 1974. They were thorough. They didn't let it go as a cold case. They followed up on every single piece of evidence we thought they might be able to lead to. They never met Annie Ross, but in their minds they know a nice girl whose life was taken too soon, and it motivated them, and they committed to it."

Stephens, a retired postal worker, was sentenced to 16 months in jail for misdemeanor spousal battery and felony obstructing an executive officer for his most recent domestic violence incident. If convicted on the murder charge, he faces a maximum sentence of life in state prison.