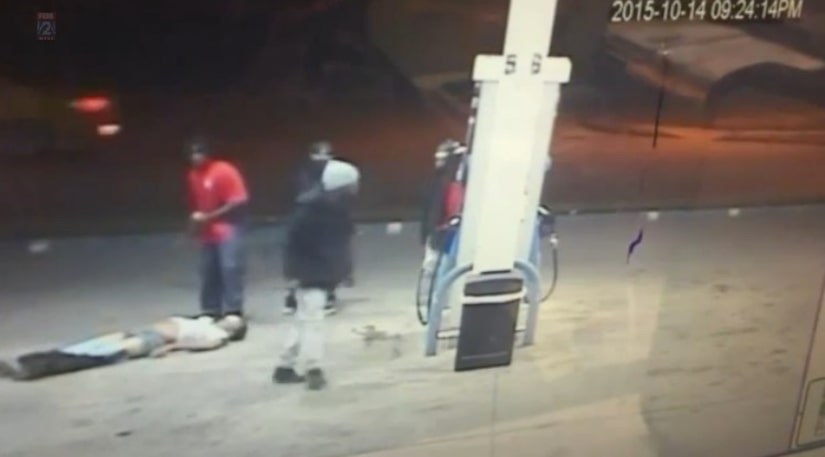 WASHINGTON PARK, Ill. -- (KTVI) -- Three men are in custody after allegedly beating a man and leaving him for dead, the Washington Park Police Department said Thursday.

“The video is rough. It's pretty graphic. This really hit home for us because the young man is a veteran,” said Washington Park Police Chief Tony Tomlinson.

Police said the man was attacked October 14, 2015 at the Mobil gas station on Kingshighway. The victim went to get gas when he was caught off guard.