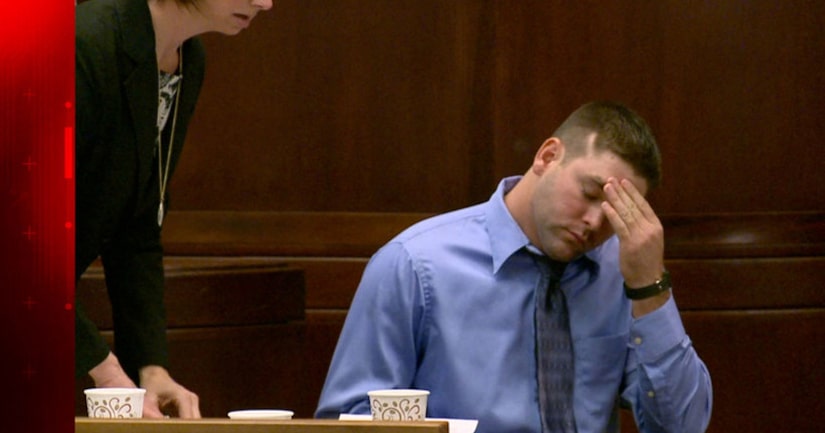 LIBERTY, Mo. -- (WDAF) -- A judge sentenced a former Kearney teacher to nine years in the Missouri Department of Corrections after he admitted to having sex with a 14-year-old student. Rhett Rigby, 28, received consecutive sentences of five years for second degree statutory rape, and four years for sexual contact with a student by a teacher.

Rigby was an Algebra teacher at Kearney Junior High School and admitted to having sex with the teenage girl inside a classroom on two occasions. They also had sex twice at the victim's home according to court documents. Last November Rigby pleaded guilty to the charges he was sentenced for on Friday.

The crimes occurred between the fall of 2012 and May of 2013. When school administrators learned of the relationship between Rigby and the student, he initially denied it, but she told investigators the two had exchanged nude photos through text messages. Court documents also said that Rigby made her take a pregnancy test when she feared she was pregnant. The results came back negative.

The victim's mother told the court the entire experience “has been a nightmare from hell for her and her daughter.”

Rigby's mother and friends also spoke, who wanted him to get probation. Rigby himself said, “I made a lot bad decisions. I've misused a young student's trust and I'm truly sorry.”

FULL STORY: Former Kearney teacher sentenced to 9 years in prison for having sex with student - WDAF