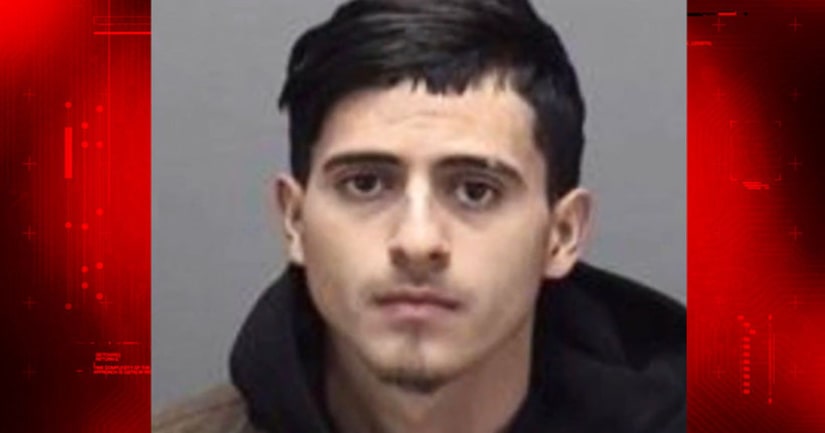 LOS BANOS, Calif. -- (KMPH) -- When Carlos Castillo noticed there was no one in the front room of Mongrel Tactical he decided to run in and try to steal a gun and bullets. What he didn't know is that someone in the back room was watching his every move.

Jesse Rodriguez said, "So when the door opened it made that sound and I saw him from the security camera. He came inside and reached over as soon as I saw him leaning I just booked and went out there.

Rodriguez is a veteran and says he always carries a firearm.

"As I ran out he was on that side of the counter. We kind of collided at this point the door was kind of open I grabbed him. Dipped him this way and threw him down on his chest. Had my knee on his back and my gun pointed at his head and control of his arms so he wouldn't move."

Police say Rodriguez possibly prevented a shooting by capturing the thief but he says he doesn't consider himself a hero, he's just glad he knew how to react.

"It could've went differently but based on my training experience I did the best I could without getting myself hurt my coworkers hurt, or even him, so i just took control of the situation and was able to hold him until the police officers came."

The police report shows that Carlos Castillo was released just an hour after he was arrested on Monday.