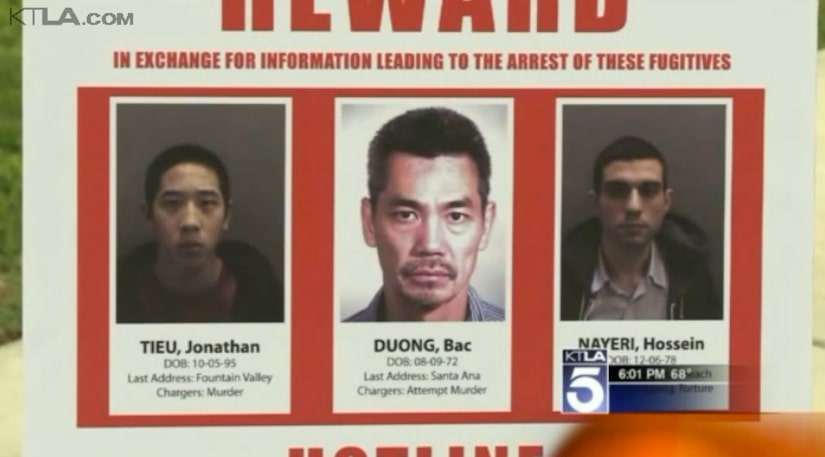 "We have made around five arrests and we are going to continue making additional arrests throughout this evening," Hutchens said at a late-afternoon press conference, held in front of the maximum-security facility in Santa Ana. She declined to disclose any further details about the arrestees or how they were taken into custody.

The announcement came as the manhunt continued for Hossein Nayeri, 37, Jonathan Tieu, 21, and Bac Duong, 43, who absconded from the jail sometime Friday.