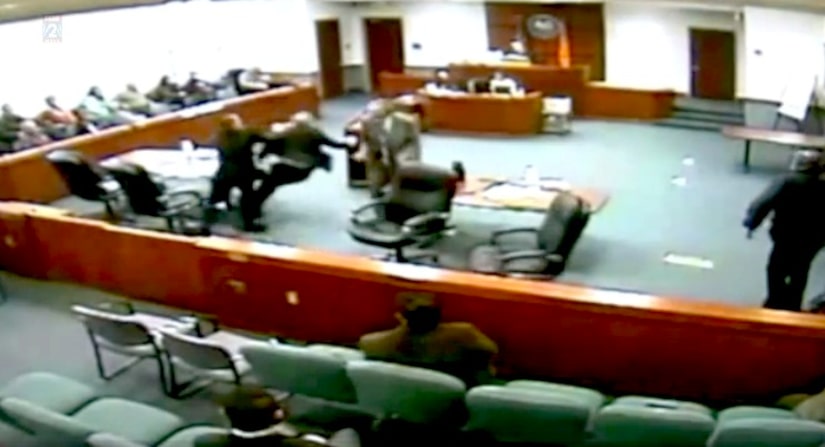 ALAMOGORDO, N.M. -- (KTVI) -- It was an attack no one in this Alamogordo courtroom knew was coming.

This was the scene last Wednesday when 31-year-old Michael Cox charged Deputy District Attorney Scot Key shoved him to the ground and then tried to punch him.

The attack set off a panic with people jumping out of their seats, including the judge, as deputies tackled Cox and the prosecutor tried to jump in for some payback.

Cox had just been found guilty of criminal sexual contact for fondling a girl.

The attorneys had just approached the judge for a sidebar when the chaos erupted.