A former police officer is charged with the murder of two women who were found dead in suitcases dumped on the side of a road.

The naked and mutilated bodies of Jenny Gamez and Laura Simonson were found in the suitcases on a rural Wisconsin road on June 5, 2014.

Gamez's family said their 19-year-old daughter left home in Oregon in 2012 and wasn't heard from again. Laura Simonson, a mother of seven from Minnesota, was reported missing on November 22, 2013.

Was it murder, or was it what Steven Zelich claims was a kinky sex game gone horribly wrong?

"Over the span of 15 months, under the circumstances in which the defendant acknowledged, by gagging them with a ball-gag in the mouth, ropes around the neck, hands tied behind their back, blindfold over their face," said Kenosha County District Attorney Robert Zapf. "He may call it accidental. I call that murder."

Gamez and Simonson never knew each other. So how did their bodies end up together on that rural road?

Steven Zelich, a security officer and former 12-year officer with the West Allis, Wisconsin police department, apparently led a double life: An officer by day, and by night, a sadist immersed in the underground culture of bondage. In a criminal complaint, he said that he killed both women. 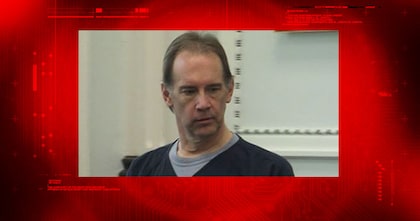