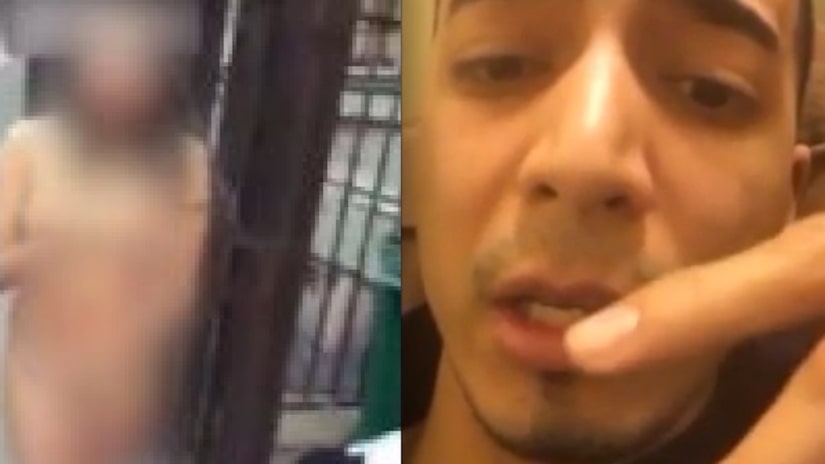 NEW YORK CITY -- (WPIX) -- Police say a 24-year-old New York City man punched and choked his girlfriend, then ordered her to walk through the streets wearing only a towel as he videotaped her.

The video, which also shows the woman naked on the street, wound up online, and news media ran it with her body obscured. In the video he can be heard calling her a "b****" and a whore. After ripping off her towel and leaving her completely exposed, she tries to hide herself near some trash cans and he says, "The price of being a cheater, right there in the garbage, exactly, pose with your garbage."