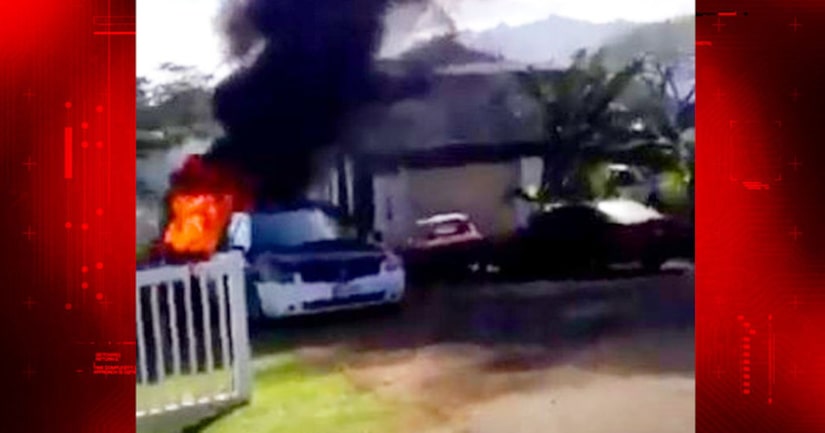 KAHALUU, OAHU, Hawaii -- (KFVE) -- A 24-year-old woman was seriously injured Monday afternoon after she was doused with gasoline and set on fire, sources say.

Paramedics said the woman suffered second-degree burns to both arms, legs and her back. She was taken to a hospital in serious condition.

Neighbors say they called 911 after they saw flames jumping from a car on the street. They say the woman and her boyfriend were fighting inside a van when he allegedly lit her on fire and she ran down the street.

Police said the 25-year-old suspect has not been arrested and is still at large.

FULL STORY: Woman in serious condition after being set on fire - KFVE