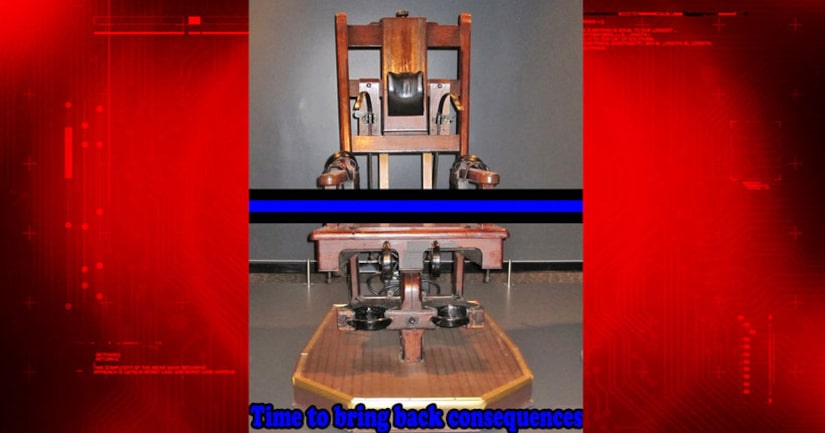 WOOSTER, Ohio -- (WJW) -- The Wayne County Sheriff's Office caused some controversy Monday after posting a picture of an electric chair with a line saying "time to bring back consequences."

The picture was posted on the Wayne County Sheriff's Facebook page a few hours after Danville police Officer Thomas Cottrell was shot and killed in the line of duty. A suspect is now in custody in that case.

Captain Doug Hunter posted the image. In his daily video update on Monday, Hunter responded to some of the commenters and explained why he wrote the post.

He told Fox 8's Peggy Gallek he is not apologizing for the post and will not remove it.

"I think if people do something wrong they should face the consequences," he said.