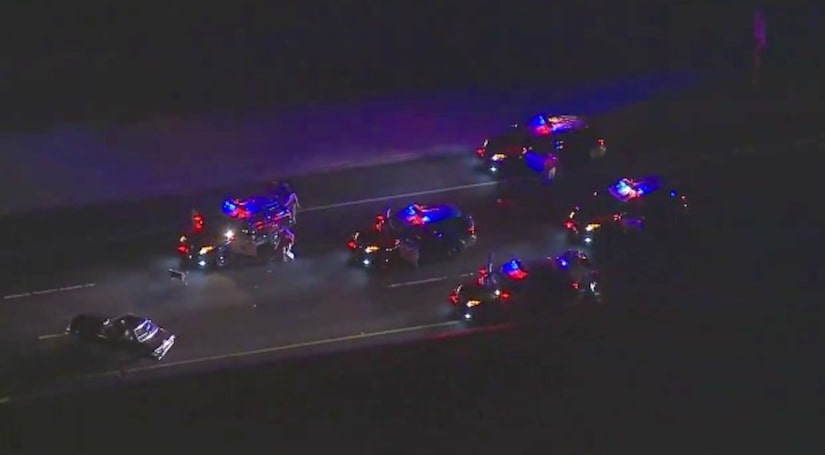 LONG BEACH, Calif. -- (KTLA) -- Officers with the California Highway Patrol had their hands full Monday night trying to round-up six dogs that got loose on the 710 Freeway after getting out of a car that was being pursued in Long Beach.

The chase began around 9:25 p.m. on the westbound 91 Freeway near Atlantic Boulevard, according to CHP Officer Alex Rubio.

The woman had been driving on the right shoulder of the freeway and took off when officers approached, Rubio stated.