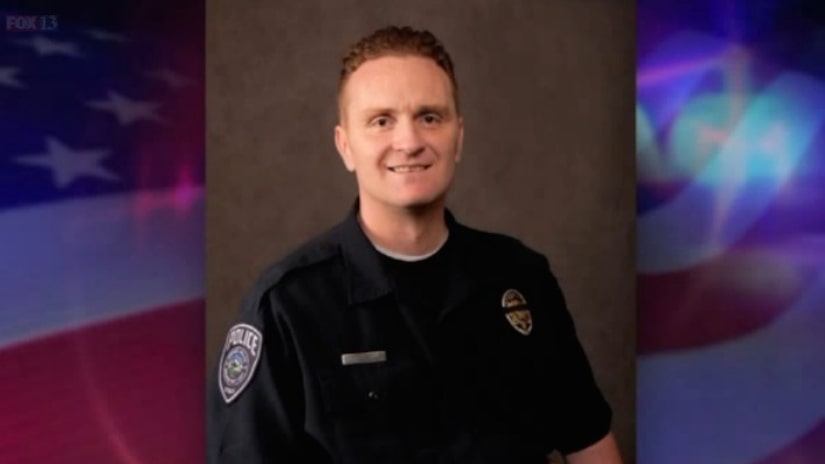 HOLLADAY, Utah -- (KSTU) -- A police officer was shot and killed while responding to a traffic accident in Holladay Sunday, and the suspect who shot him also wounded another officer before being fatally shot a short distance from the first alleged crime.

Salt Lake County Sheriff Jim Winder identified the deceased officer as 44-year-old Douglas Scott Barney, an 18-year veteran of the Unified and Taylorsville police departments and a father of three who worked in the Holladay Precinct.