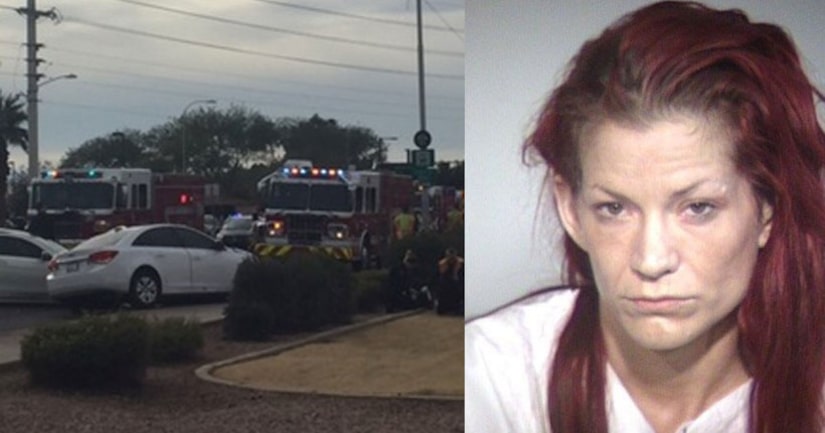 TEMPE, Ariz. -- (KNXV) -- Police have identified the suspect in a deadly drive-by shooting and chain-reaction crash in Tempe Saturday afternoon.

The Tempe Police Department said just before 3 p.m. two cars collided near the intersection of Broadway Road and McClintock Drive.

One of the drivers, 32-year-old Holly Davis, got out of her vehicle and fired shots at the other car, striking its driver.

The driver that was shot several times lost control of her vehicle because of her injuries and collided with a third car that was carrying five passengers.

The woman who was shot at passed away from her injuries at the hospital, Tempe police confirmed.

The five passengers who were injured are family members, including a pregnant woman and three children. They did not sustain any serious injuries, but were taken to the hospital as a precaution.

Davis fled the scene traveling southbound on McClintock and was on the run, however she was later found and arrested.