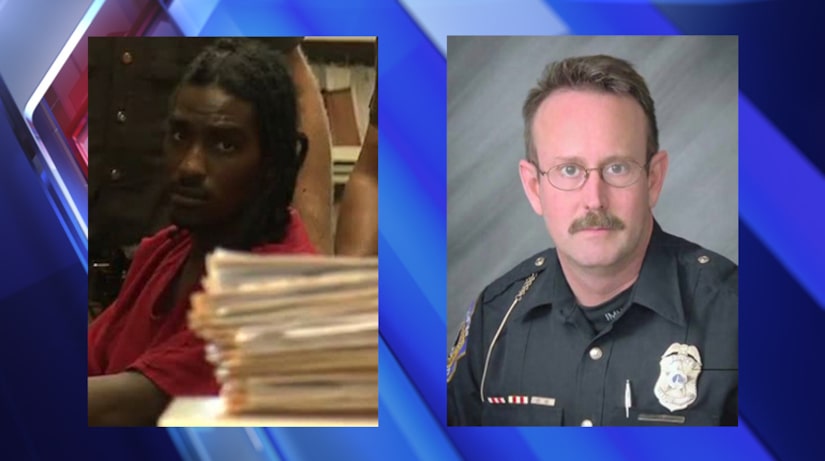 INDIANAPOLIS, Ind. -- (WXIN) -- An accused cop killer is suing his deceased victim and the city of Indianapolis for millions of dollars.

Major P. Davis II, awaiting trial in a state prison for the murder of an Indianapolis Metropolitan police officer in 2014, is suing his victim for $2.3 million.

In a complaint filed in U.S. District Court in Indianapolis, Davis claims slain Officer Perry Renn shot him in the back while he was unarmed on July 5, 2014, in an east side Indianapolis alley.