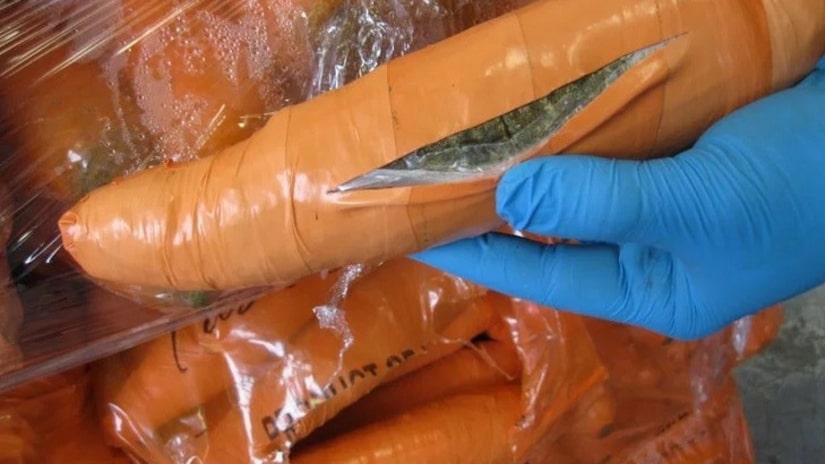 PHARR, Texas -- (KSWB) _- These aren't the carrots Bugs Bunny was chomping on. U.S. border officers seized more than a ton of marijuana stuffed into fake carrots tossed in with the real thing, officials said.

Officers in Pharr, Texas, on Sunday found 2,493 pounds of suspected marijuana concealed within a commercial shipment of fresh carrots entering from Mexico.

“Once again, drug smuggling organizations have demonstrated their creativity in attempting to smuggle large quantities of narcotics across the U.S.-Mexico border,” Port Director Efrain Solis Jr. said in a statement.

The truck hauling the produce crossed the Pharr-Reynosa International Bridge along the Texas-Mexico border near the Gulf of Mexico. The imaging inspection system flagged the vehicle for a secondary examination, where agents found the smuggled drugs, according to the U.S. Customs and Border Protection statement.

Almost 3,000 carrot-shaped packages were discovered mixed in with real carrots. Officers were able to fill up the beds of two pickup trucks with the seized contraband. The estimated street value of the marijuana is $499,000. 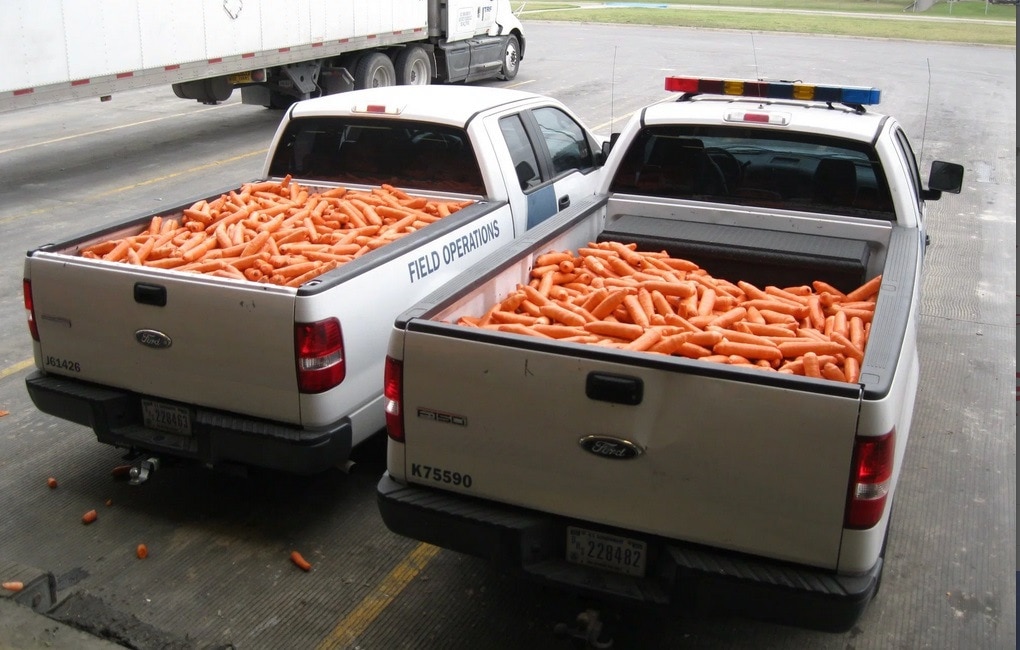