Some say an innocent man in Texas is facing the death penalty. Over the last 40 years, 531 inmates have been executed in Texas.

By all rights 35-year-old Robert Pruett, in Texas State Prison in Huntsville, should have been one of them. After 14 years on death row he may end up there yet.

But so far he's been lucky. Not once or twice, but three stays of execution, the last one within two and a half hours of dying.

Crime Watch Daily went on an exclusive visit to death row to interview Pruett, who may be the man in the middle of two unbelievable miscarriages of justice.

It all began 23 years ago. Fifteen-year-old Robert Pruett's childhood pretty much ended the day he got in a fight with a neighbor, Ray Yarborough, outside his home in Houston.

Pruett's older brother Steve got involved, and then his father Howard came out of the house after grabbing a knife from the kitchen counter. The two boys and their father fled the scene. Ray Yarborough died hours later from stab wounds -- a crime for which Howard Pruett earned a life sentence.

Robert's older brother Steve is also serving time after he was found guilty as an accessory to the killing.

Even though Robert's father was convicted of the stabbing, 15-year-old Robert was hit hard, sentenced to 99 years behind bars for a murder he didn't commit.

"In Texas they have a rule known as the 'Law of Parties'," said Cavaluzzi. "That means that anybody that is a part of a serious or violent crime becomes as guilty of that crime as the person who actually committed it. It is pretty unusual for a young kid who's 15 years old to get 99 years in prison on a murder that he himself didn't actually commit.

"It was almost as if the jury was saying that 'Robert Pruett is rotten to the core and should never be out in society again.' They basically threw that young man's life away," said Cavalluzzi.

It's a virtual life sentence. But the life of Robert Pruett still had yet to touch bottom. In 1999 he was charged with another murder: Stabbing prison guard Daniel Nagle in a fit of anger after Nagle wrote him up for eating a sandwich in a hallway -- another murder rap Pruett says he didn't do.

In 2003, at 22 years old, he was sentenced to death. But he appeals based on insufficient legal counsel and is given a stay of execution to allow him to find a new attorney.

At his trial prosecutors find no physical evidence linking Pruett to the murder. Not even fingerprints on the torn-up disciplinary note with Pruett's name on it next to Nagle's body.

A second stay of execution is granted in 2013, only 12 days before Pruett is scheduled to die, this time for an examination of the disciplinary note for traces of DNA.

That test also comes back negative. But the finding is still not enough to get Pruett off death row. A third execution date is set for April 2015.

This time Pruett eats his last meal of eggs and potatoes and steels himself for the long walk to the death chamber.

And then, with two and a half hours to go, the phone rings.

After avoiding the death chamber twice in 14 years, Robert Pruett is granted yet another down to the wire stay of execution for the murder of prison guard Daniel Nagle.

This time the murder weapon, a homemade prison shank, is tested again for DNA.

Pruett's attorneys and the Texas Innocence Network working on his behalf are not speaking publicly during the appeal. But criminal defense attorney Mike Cavalluzzi, who agreed to look at this case for Crime Watch Daily, makes a shocking revelation: The lack of DNA evidence is surprisingly not good news for the man on death row.

"What's important here is that if an expert finds no DNA on the blade, Robert Pruett is out of luck -- it's meaningless to him," said Cavalluzzi. "What the defense need is for the blade to have the DNA of someone else so they can show that somebody else committed the crime."

Pruett was not convicted on any physical evidence, but on the testimony of five inmates who were reportedly offered incentives to take the stand.

"The testimony is conflicted, the testimony was essentially purchased. The witnesses got better deals, time off their parole and given incentives to testify here," said Cavalluzzi. "Most juries are told, when a judge instructs them on the law, that there are things that they should consider in determining the credibility of a witness, is whether they have a motive to lie, and also if they have been convicted of crimes. And most of these people have been convicted of crimes and have motives to lie."

And other complications could merit a closer look into the case.

Della Nagle, sister of the murdered guard, says she has no idea if Pruett is the killer.

And there are signs it could have been someone else.

Daniel Nagle was also the local president of the prison workers union and was on a campaign to clean things up at the prison.

"He said in a speech to the governor that they needed more prison guards and they needed better hours and pay and that someone was going to get hurt, somebody was going to die because they didn't have enough people to cover the shifts, and so there were people that were alone," said Della Nagle. "About two weeks later was when he was killed. There was talk that he was left alone on purpose."

The Texas Observer also reported that prison officials had warned Nagle that he was on a hit list being circulated by a prison gang.

Only weeks after the murder, a number of officers in the unit were indicted for colluding with inmates to traffic drugs.

But those questions remain unanswered.

"It really would have required the jury to ignore a lot of really important evidence that somebody else killed Daniel Nagle and not Robert Pruett," said Cavalluzzi.

And every stay of execution could well be Pruett's last.

"It's a sad, sad case," said Cavalluzzi. "Unfortunately this last-ditch effort by the defense I do think will be his last chance, and I hate to say this, I am an eternal optimist, but I don't think it's going to work. I think at best they'll find no DNA evidence on the blade of that shank, and that's simply not going to be enough to save Robert Pruett's life."

Some families of victims are all for seeing the accused pay the ultimate price.

"What I will always hope for is that eventually prosecutors and law enforcement will listen to Nagle's family and spare Pruett's life," said Cavalluzzi.

But the man whose murder conviction put his 15-year-old son on the road to the death house says he only has one wish: that he could go back in time and leave that knife on the kitchen counter.

"I give my life for Robert's. They can execute me and not him," said Howard Pruett. "I'm the one that deserves it, not him. That's two murders, and he ain't good for either one of them, and I believe that with all my heart."

Pruett's attorneys continue to hope for a new trial -- but they also say the chances are not great. As of right now, no new execution date has been set yet.

Since 1973, 156 people have been released from death row after they were found innocent of their crimes, including the headline-making case of Debra Milke, who was just released last year after spending 22 years behind bars. 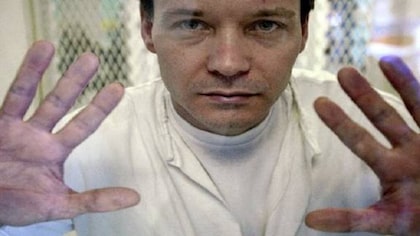