Was America's most dysfunctional family busted by the family dog? The Couches fled the United States after a video surfaced of teenager Ethan Couch apparently violating his probation for a drunk-driving conviction.

"They insisted on taking the family dog with them, a 100-pound German shepherd," said Crime Watch Daily Special Correspondent Ana Garcia. "It's hard to hide such a big dog, let alone blend in.

"The dog was standing guard outside of their rented apartment, took police straight to their doorstep," said Garcia.

Garcia reveals the step-by-step details of the capture of the Couch family for the first time.

"My sources in Mexico tell me that the mother and son were so sloppy with their finances that they actually drew more attention to themselves," said Garcia. "They had like $30,000 in cash on them, but they kept slipping out on their bills."

Tonya and her teenage son drew attention from locals after showing up together at a Puerto Vallarta strip club. Mom left but Ethan stayed and reportedly got "staggering drunk" after spending all night with two girls in a private back room of the club.

The party boy maxed out his debit card and couldn't pay his $2,000 tab, so he offered up his Rolex watch to pay the strippers.

"The bouncers literally held him captive until mommy came to pay off the tab," said Garcia.

Apparently spooked by the strip club debacle, Tonya and Ethan checked out of their hotel, but left behind another clue.

"When they left one of their hotel rooms, they left in the middle of the night, they didn't pay their bill and were told the maid found a gun inside the room," said Garcia.

Ethan Couch was convicted of killing four people and injuring nine others in Texas while driving drunk two years ago when he was just 16.

His psychiatrist testified Ethan suffered from a condition called "Affluenza," meaning he was too rich and too spoiled to be held accountable for his actions.

The teen didn't serve a day in prison. Instead, he got ten years' probation.

"We recognize that 16-year-old kids are different than 25-year-old adults and the juvenile system is about rehabilitation," said Reagan Wynn, Ethan's attorney.

The Couch family's sheet metal business reportedly generates $15 million a year. They own multiple luxury homes in the Dallas-Ft. Worth area, and Ethan grew up on a six-acre estate.

"This case has really riled up a lot of people because not only did the defendant essentially get away with killing four people and not have any consequences for it, but the parents seemed to enable it and continue to enable it," said former prosecutor Loni Coombs.

Ethan's parents divorced 10 years ago when Tonya accused her husband of being abusive and "manipulating family members with money."

Now one parent may be prosecuted. Thanks to their pet German shepherd, U.S. Marshals spotted and picked up Tonya and Ethan. Tonya's been extradited and is due back in a Texas courtroom to face felony charges. Ethan is fighting extradition with the help of a high-priced attorney.

According to a statement released by Tonya's attorneys, she believes she has not violated any laws and is eager to have her day in court.

As for the court of public opinion: "People want to see the parents pay for this -- however, so far there are no crimes on the law books for bad parenting," said Coombs. 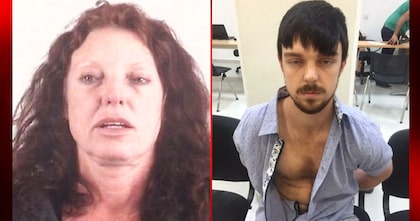