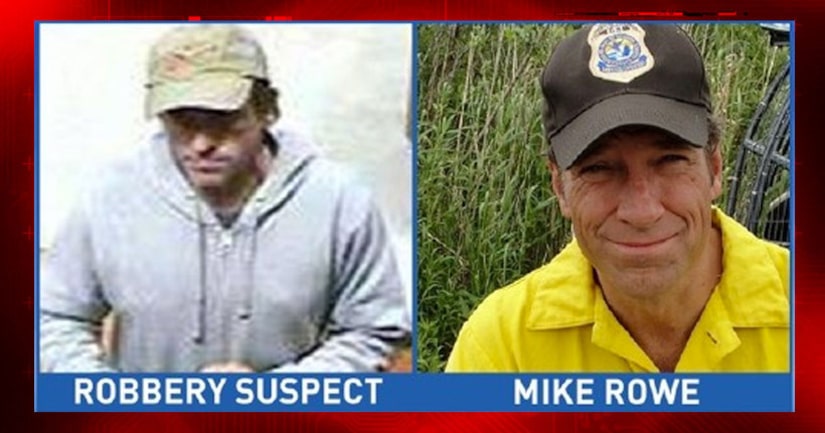 MEDFORD, Ore. -- (WZTV) -- In an open letter to the residents of Medford, television host Mike Rowe has taken to Facebook to clear his name in connection to a Chase bank robbery on January 4.

After Medford Police posted the photo of the bank robbery suspect on Facebook, residents pointed out that the suspect looked very similar to the host of Discovery's "Dirty Jobs." In fact, the resemblance was so striking, Medford Police say they had issued an arrest warrant for Rowe.

Unfortunately for the police, Rowe had an alibi: He said he was in Kansas at the time of the robbery.

Rowe also left his own theory on the suspect: "What if the thief was not an idiot, but a clever person of below average height wearing a Mike Rowe Mask?"

Police said "We are now looking for a suspect wearing a Mike Rowe mask, which is brilliant, why didn't we think of that?"

Police are still searching for the suspect.

FULL STORY: Mike Rowe: 'I am not the Medford robber' - WZTV