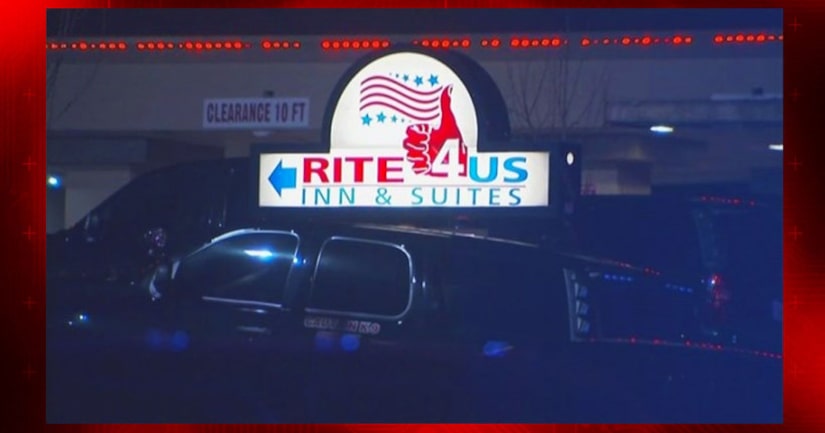 DECATUR, Ga. -- (WGCL) -- A standoff at an area hotel involving two adults and 11 children has come to an end after the suspect stabbed himself.

A SWAT team was deployed to the standoff inside a room at the Rite4Us Inn & Suites location on Snapfinger Woods Drive in Decatur near the intersection of I-20 and Wesley Chapel Road.

DeKalb County Police Major Tonya Dedrick told CBS46 that as many as 11 children and two adults were inside of the room when the situation began around 2 a.m. She says the man, identified as 36 year-old Korrie Thomas, was armed with a knife when holed himself up inside the room during a domestic dispute with the woman.

A 5-hour standoff ensued and SWAT members entered the room. The standoff came to an end after the suspect stabbed himself in the neck.

The suspect was taken to an area hospital where he was last listed in critical condition.

The woman and children are all safe.