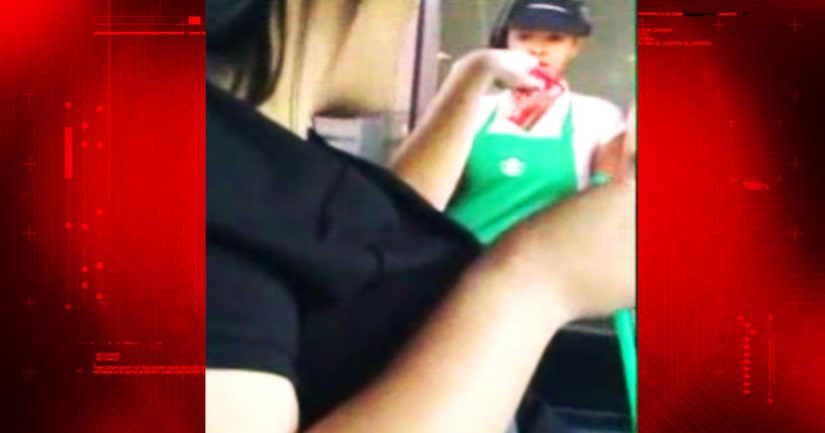 BELLFLOWER, Calif. -- (KTLA) -- A Starbucks employee in Bellflower was fired after she admitted stealing a customer's credit card information, according to the company.

Customer Juana Martinez said she caught the cashier in the act and then later confronted her on video.

The teenager appeared stunned at first, but finally admitted stealing the information, the video showed. Martinez said the girl was caught on surveillance video using the card to run up a $200 bill at a Ralphs supermarket.

The girl offered Martinez money and begged her not to call the police, Martinez said.

Martinez reportedly decided not to file charges against the girl after learning she had been fired.