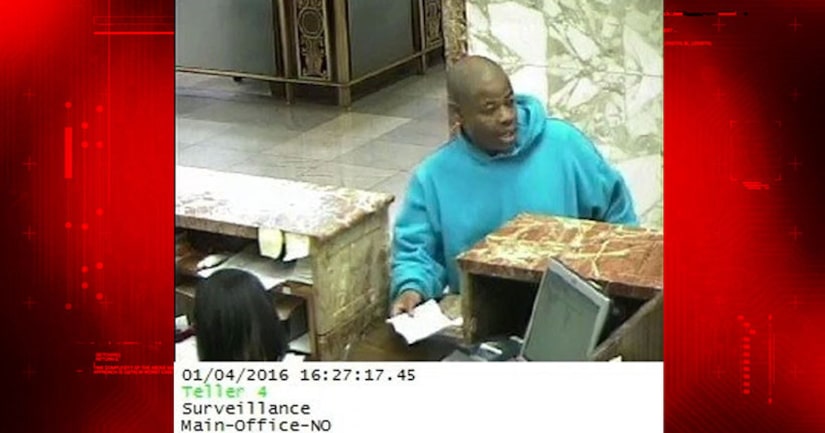 NEW ORLEANS, -- (WGNO) -- The NOPD and the FBI are asking for help in identifying a man who robbed the Whitney Bank in the 600 block of Gravier Street, Monday afternoon.

Investigators say that the man entered the bank around 4:30 p.m. and handed a teller a note demanding money and implying that he had an explosive device in a package.

The teller gave the man an undisclosed amount of money and he fled on foot, leaving the package on the counter.

The NOPD Bomb Squad and the FBI were called out and they determined that the package did not contain any explosives.

If you recognize the suspect seen in these surveillance photos please call CRIMESTOPPERS at 504-822-1111.