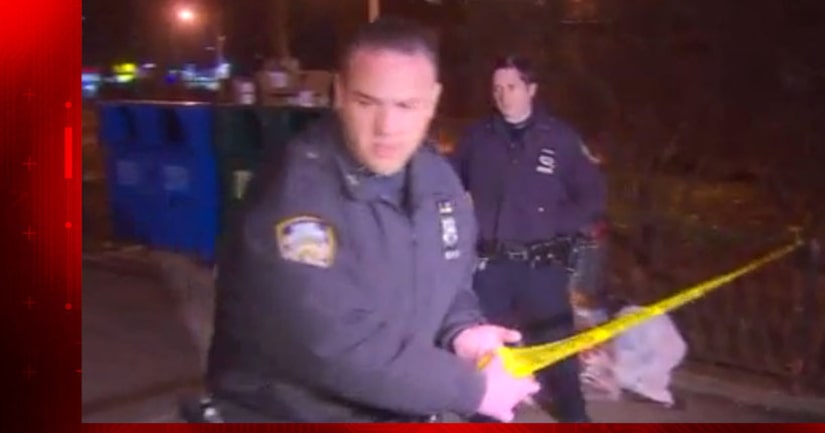 SHEEPSHEAD BAY, Brooklyn -- (WPIX) -- A 15-year-old girl was charged Monday in the deaths of her mother and her mother's boyfriend whose decomposing bodies were found in a Brooklyn apartment, police said.

The victims were identified as Rosie Sanchez, 38, and her live-in boyfriend Anderson Nunez, 40, police said.

Sanchez's teenage daughter, whose name has not been released, faces charges two counts of murder and one count of criminal possession of a weapon, police said.

Investigators discovered two knives and .380-caliber shell casings at the scene, law enforcement sources said. Those sources added that the girl implicated herself in the slayings during questioning by police.

The deceased couple shared an apartment in the 2300 block of Batchelder Street in Sheepshead Bay.

It's there that their bodies were found about 6:30 p.m. Sunday in a pool of blood, police said. Officers were responding to a call for a wellness check.