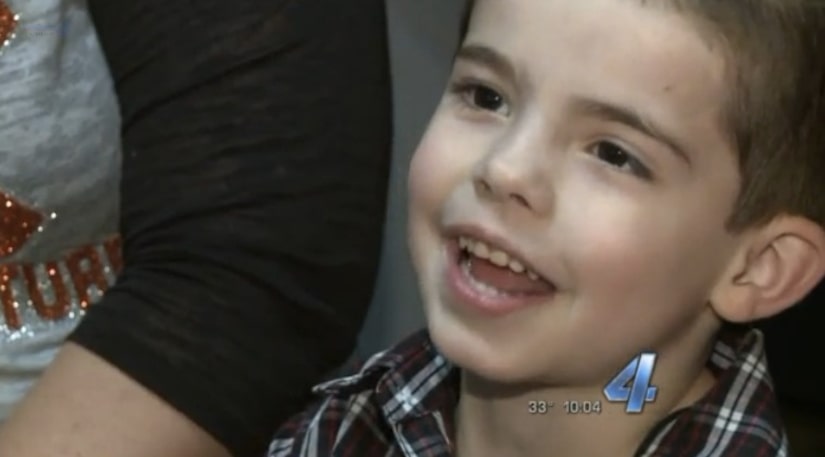 YUKON, Ok. -- (KFOR) -- Four-year-old Colt Vinson saw the men and women he admired Tuesday, standing in the cold during a 16-hour standoff.

And, he decided to do something about it.

"He said, 'I think we should get them something,'" his mom, Jillian Vinson, told NewsChannel 4 Wednesday. "I said, 'What do you want to get them?' And, he said, 'I like pizza. Let's get them pizza.'"

So, Jillian called Domino's Pizza, which agreed to donate five pies to the officers on duty.

Then, she called the 7-Eleven down the street, which offered up 52 cups of coffee.