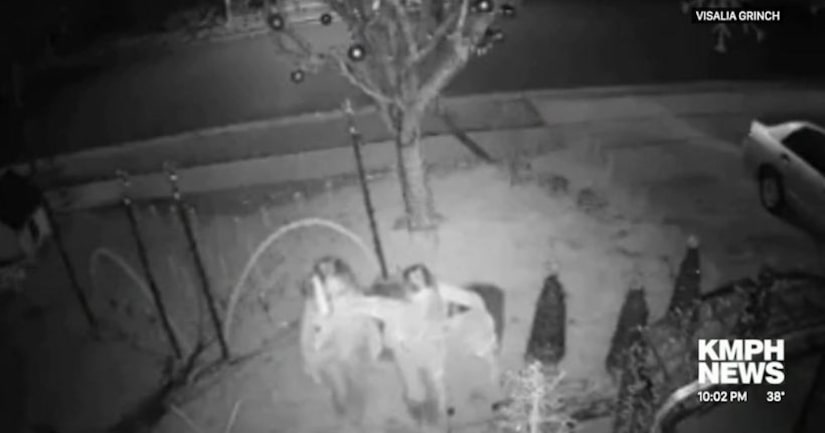 NORRISTOWN, Penn. -- (KMPH) -- Families in one Visalia neighborhood have now pulled the plug on a holiday tradition after, they say, some teens took a prank too far.

"It's kind of messed things up for others, who were still planning on coming to see the display," says Van Crawford.

He is Crawford is known as "The Visalia Grinch."

For the last nine years, he has dressed up as the Dr. Seuss character, entertaining crowds who come to see his Christmas light displays.

He goes outside every year, playing his guitar to the beat of the music that's synchronized with the lights.

Seven other homes are also decorated- and the lights move to the music.

"It just happened. The community jumped in, liked what we were doing, They gave me more motivation to make it better," he says. "I actually tracked it this year. It took me 224 hours to set it up."

But surveillance video shows it took two teenage girls about 12 minutes to do their damage Monday night.

They moved some items from Crawford's lawn to his neighbor's.