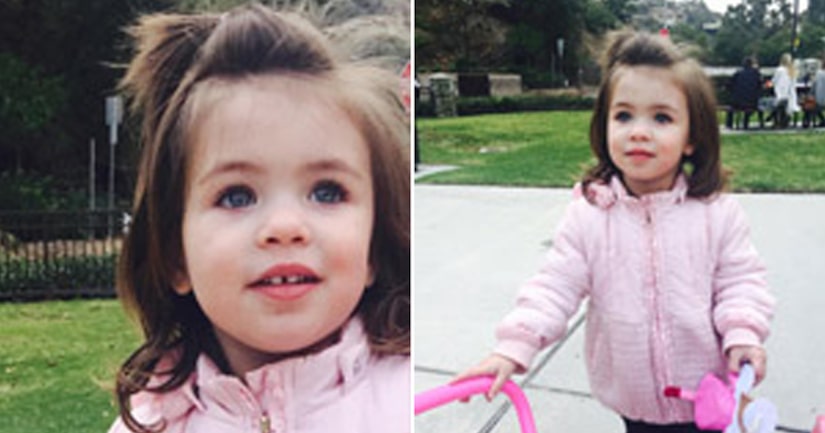 LOS ANGELES -- (KTLA) -- After a 2-year-old girl disappeared while on a supervised visit with her father at The Grove in the Fairfax area of Los Angeles, police on Monday said they were looking for the child.

Lucia Perry is shown in photos provided by LAPD on Dec. 28, 2015. Lucia Perry disappeared with her father Jack Perry, 31, in the 100 block of The Grove Drive about 5 p.m. Christmas Eve, according to a Los Angeles Police Department news release.

The person who was supervising the visitation “lost sight” of the pair at that location, according to LAPD.

The girl's mother, Elise Perry, and detectives planned to speak to news media at LAPD's Van Nuys Division at 5 p.m. Lt. Jim Gavin told the Los Angeles Times that Lucia and Jack Perry were outside a Barnes & Noble store at The Grove when they vanished. Lucia was later seen with her father, a British national, at a Beverly Hills hotel on Sunday, Gavin said.

FULL STORY: 2-Year-Old Girl Disappears While on Supervised Visit With Father at The Grove: LAPD - KTLA