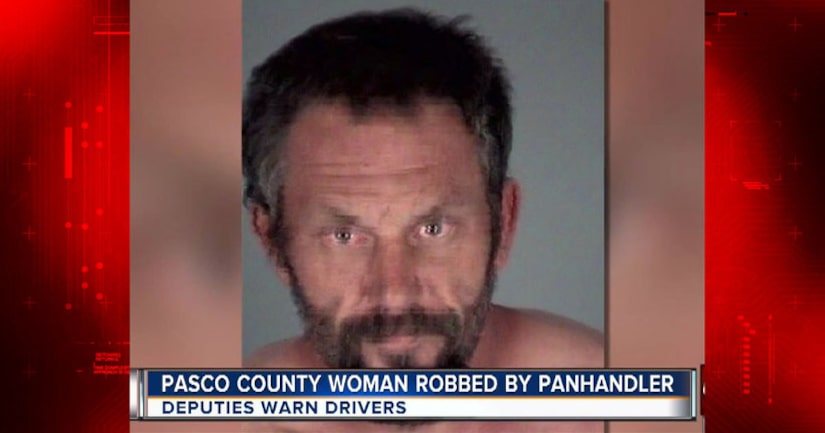 PASCO COUNTY, Fla. -- (WPTV) -- A Florida woman was robbed by a panhandler on Tuesday night while trying to give the man $5.

Pasco County Deputies said 35-year-old David Blum reached into the woman's car, stealing $70 and her debit card. Blum then choked the victim's son when he intervened.

According to Sheriff Chris Nocco, incidents with panhandlers have been increasing.

"They're criminals; they're just trying to tug at people's hearts," said Nocco.

Deputies found Blum at a homeless camp in the woods a short distance away from where he had been staying with several other people.

FULL STORY: Panhandler robs woman trying to give him $5, chokes her son when he tries to intervene - WPTV