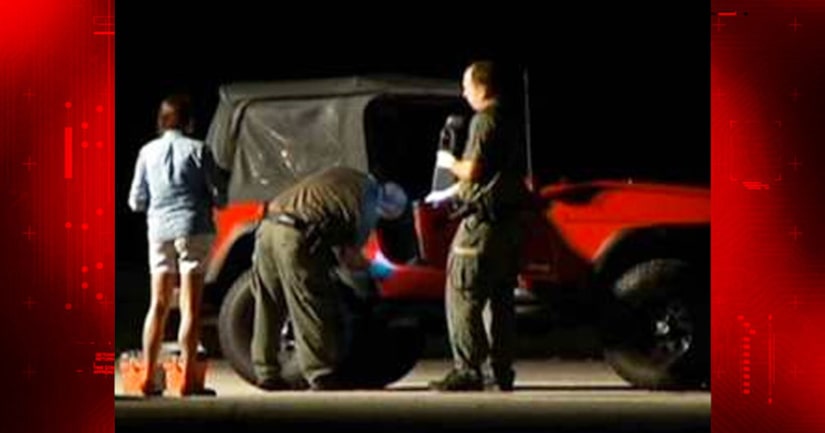 BROWARD COUNTY, Fla. -- (WPTV) -- What started as a mother's driving lesson for her son ended in a carjacking, kidnapping and shooting near Alligator Alley in Broward County Monday.

Broward Sheriff's Office officials said the woman told investigators she was teaching her college-aged son how to drive a stick shift in the parking lot of Gator Run Elementary School in Weston when they were approached by an armed man.

The man forced them at gunpoint to drive to U.S. 27 where they stopped at a rest area near Mile Marker 39, officials said. After they got out of the Jeep, the man began inquiring about the woman's finances, authorities saidWhile there, the son got into a struggle with the suspect and the suspect shot him in the leg, officials said.

A witness who was at the rest stop stepped in and helped detain the suspect until deputies arrived shortly before 4:30 p.m. The son was taken to Cleveland Clinic with non-life threatening injuries.