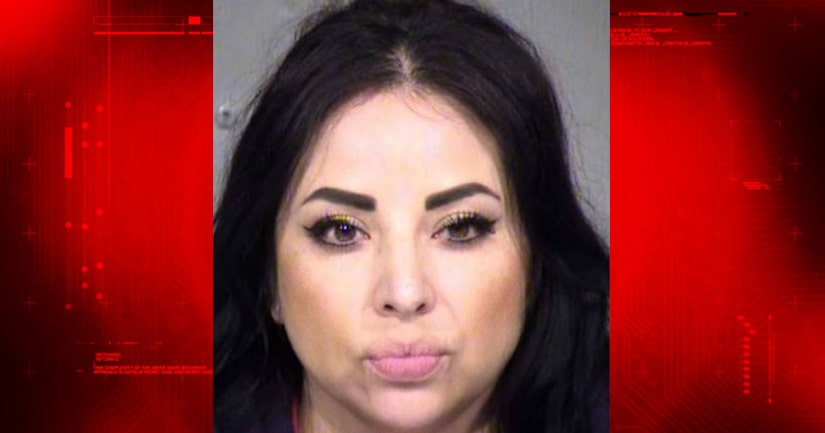 MESA, Ariz. -- (KNXV) -- A Mesa mom was arrested after assaulting a teenage boy whom she said she caught in bed with her teenage daughter, according to court documents.

The arrest came after she found a 16-year-old boy asleep in bed weeks earlier with her daughter, 16, according to records.

The teens had consensual sex at the girl's home near Sossaman and Broadway roads, and later fell asleep, the boy told police. The victim was then awoken, now 1 a.m. on Thanksgiving, by Woods punching him in the face.

Woods straddled the victim on the bed while striking him throughout his face and body. The victim managed to free himself, fleeing the room with only his jeans.

Once on the street, Woods continued her assault only stopping after she threatened to have her cousins "take care of him." The victim vomited before he escaped.

The victim's car was later found down the street from the woman's home badly damaged. Woods had moved the car from the front of her house after taking a baseball bat to it and causing $5,300 worth of damage, court documents said.

Woods told ABC15 Thursday night that she did not know the boy before the assault. She came home to find a strange car in her driveway, the door leading into the home was open, and found who looked like an older man in bed with her daughter. Asked why her daughter did not tell her to stop the attack, Woods said her daughter had run away from the scene.

Police found the bat the woman used during the assault, and they also found broken glass in front of the woman's home.

Woods is a felon. She pleaded guilty to felony intimidation after being accused in 2012 of attacking a 17-year-old girl with a metal baton. The victim was Woods' neighbor. An assault charge was dropped in exchange for her pleading guilty to intimidation.

The mother of the victim declined to comment Thursday night.