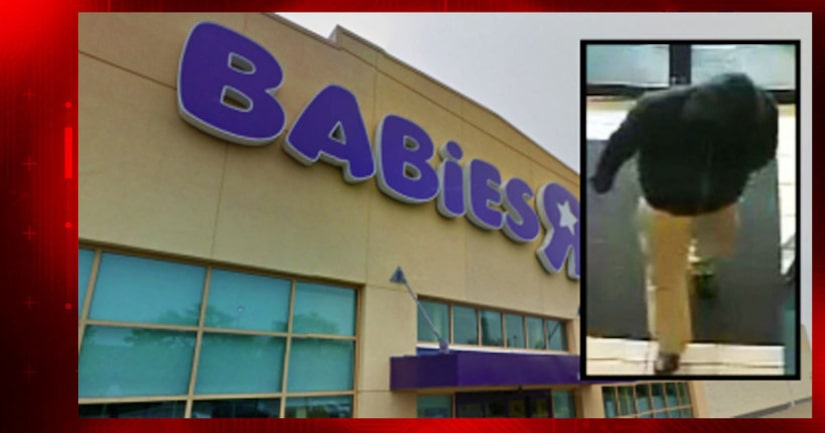 WESTBURY, N.Y. -- (WPIX) -- A masked man is accused of forcing two female employees of a Westbury Babies 'R' Us to open a safe -- then tied them up before fleeing with an undetermined amount of money.

The latest incident happened around 5 a.m. Monday at the Babies 'R' Us on Corporate Drive in Westbury when a 40-year-old female employee unlocked the door to let another female employee in.

Police say the suspect forced himself inside and pointed a black handgun at the two women. He then forced them into the back room where he bound one woman with handcuffs and forced the other to open the safe.

After retrieving the money, police say the suspect bound the other woman and forced her to lie down on the other woman. He then fled the area with an undetermined amount of money.

The suspect is described as a black man, 5'8"- 6' tall, thin build, wearing a black hooded sweatshirt and black ski mask.

Police believe the suspect is targeting stores where female employees are likely to work.