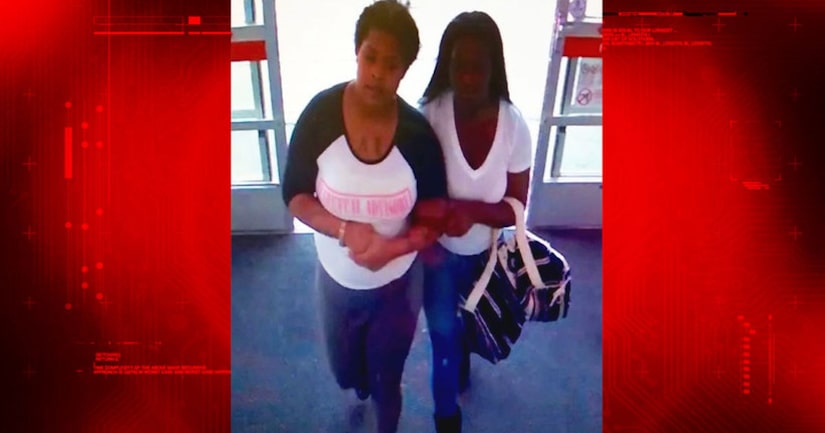 VALLEJO, Calif. -- (KTXL) -- The Vallejo Police Department is asking the public's assistance identifying two women who attacked Toys "R" Us employees and customers after attempting to steal baby formula from the store.

Vallejo police say the two suspects entered the Toys "R" Us at 105 Plaza Drive to steal $150 worth of baby formula, but when the store manager caught them, they "punched and elbowed the store official in the stomach."

An 11-year-old girl was transported to the hospital after, police say, she was "violently shoved" while walking out of the store with her family, when one of the suspects intentionally "lowered her shoulder into the girl," causing her to fly back and land on her head. A 15-year-old girl was also injured in the attack when she was slammed into a wall.

The front, rear and front-side windows of suspects' vehicle -- described as a newer 4-door white Hynudai with blue "Hanlees" paper plates -- were damaged after some citizens tried to detain the two women. Police say the two suspects, described as two black females, were able to escape in the vehicle where three other women waited.

If you have any information regarding the incident, call the Vallejo Police Department at (707) 648-4280.