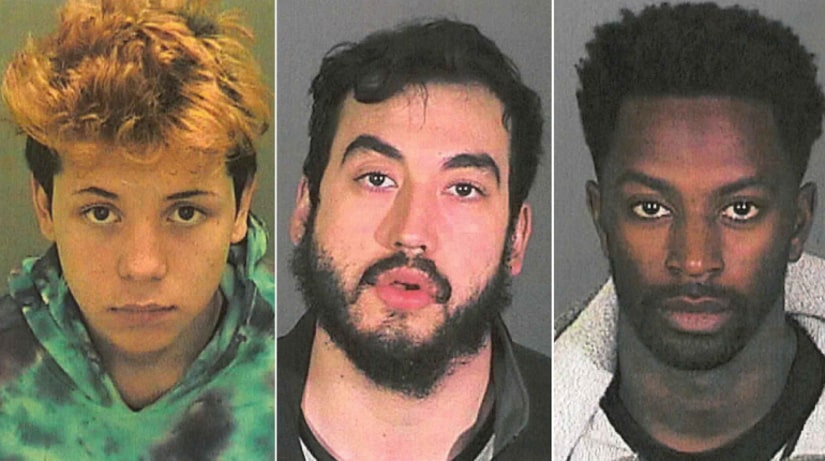 LOS ANGELES -- (KTLA) -- A 15-year-old YouTube skateboarding star promised to introduce a 12-year-old girl to celebrities in exchange for sex acts with him, his manager and another professional skater, leading to the arrest of all three males and a search for possible additional young victims, Los Angeles police said Thursday.

Steven Fernandez, 15, of Compton, was the “prime mover” in a scheme to lure the young girl off city streets with his own fame, a promise of meeting A-list celebrities and an appearance in the teen's “nonexistent MTV special,” according to a Los Angeles Police Department news release.

Fernandez, who has dozens of videos on YouTube and more than a million followers on Instagram, tweeted “I feel like I'm letting so many down” and “Please don't ever give up on me” Wednesday.

His nickname is “Baby Scumbag.”

Fernandez's attorney, Ryan D'Ambrosio, contacted KTLA to say that his client had been “victimized” by the two adults.

“We feel personally that he is just as much of a victim as the other minor in the case … and that his celebrity status was preyed on by the adults who were arrested in the matter,” D'Ambrosio said.

The teen's name was released by police despite his age because he allegedly sexually targeted another minor.

The investigation began Nov. 13, when the 12-year-old victim spoke to police.