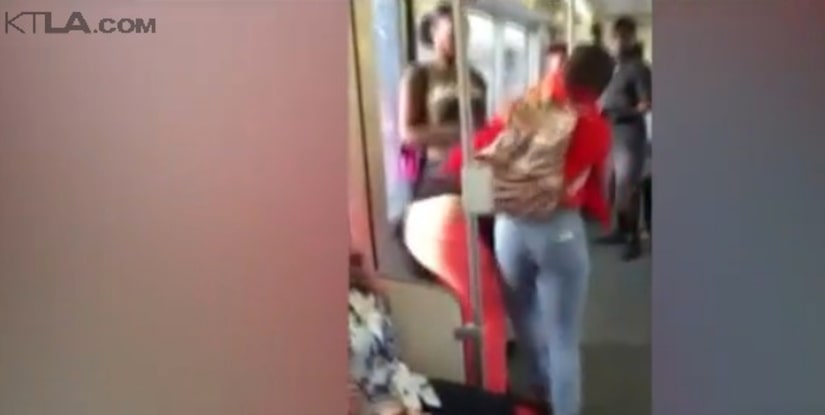 LONG BEACH, Calif. -- (KTLA) -- Nearly a week after a violent beating on a Metro train near Long Beach was filmed and shared on social media thousands of times, sheriff's officials announced on Monday the arrests of three teenagers in connection to the assault.

Aliyah Von Lewis, 18, an unidentified 17-year-old girl, and unidentified 15-year-old boy, were arrested in connection to the incident, which occurred last Tuesday between 3:30 and 3:45 p.m. on the northbound Metro Blue Line train, according to a Los Angeles County Sheriff's Department news release.