ROTTERDAM, N.Y. -- (WPIX) -- All Safyre Terry wanted for Christmas was enough Christmas cards to fill her aunt's card tree. Now, the 8-year-old girl who lost her family and suffered disfiguring burns in an arson fire is getting a week-long, all-expense paid trip to Disney World.

On Sunday night, Safyre's aunt Liz Dodler posted about the trip on a Facebook page she maintains about Safyre's progress. Since the 2013 fire, Safyre has lost her left foot and right hand, and needed more than 50 surgeries to graft skin over her burns. Dodler said she couldn't wait to share the news with Safyre and her four other children.

The trip is being sponsored by Baking Memories 4 Kids, a non-profit group that funds week-long trips for children with life-threatening and terminal illness. The New York State Police, the Schenectady Police Department, and the Bureau of Alcohol, Tobacco, Firearms and Explosives (ATF), which helped investigate the 2013 fire, will help present the trip to Safyre and her family.

Safyre's story touched hearts around the world after her wish for Christmas cards went viral. Since then, thousands of cards and gifts have poured in, and a YouCaring.com crowdfunding site for generated more than $300,000 for Safyre and her family. 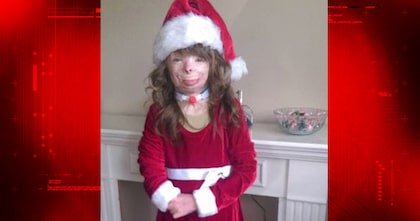