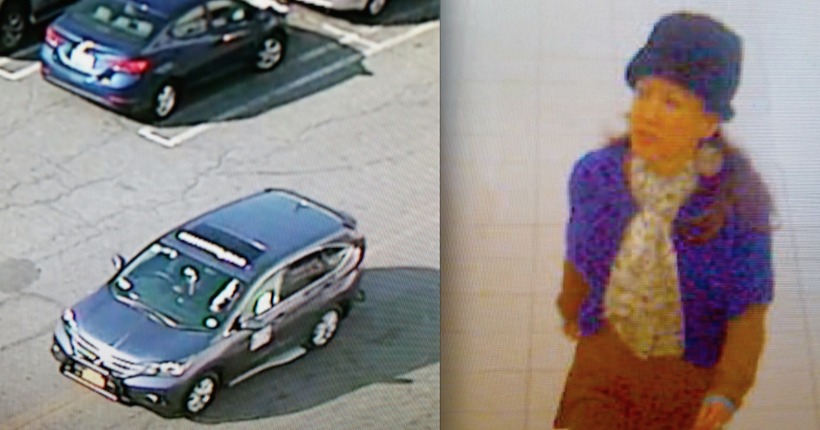 WPIX
The suspect and her vehicle

VALLEY STREAM, N.Y. -- (WPIX) -- A woman was shopping at the Green Acres Mall when a strange woman allegedly tried to abduct her baby inside a bathroom, according to police.

The mother was inside a Kohl’s bathroom on the first floor of the building another woman walked up to her wearing a blue jacket, yellow shirt and a colorful skirt. “That is a beautiful baby,” the stranger told her.

She allegedly paced around the bathroom before demanding “give me the baby” and grabbing the child’s arm.