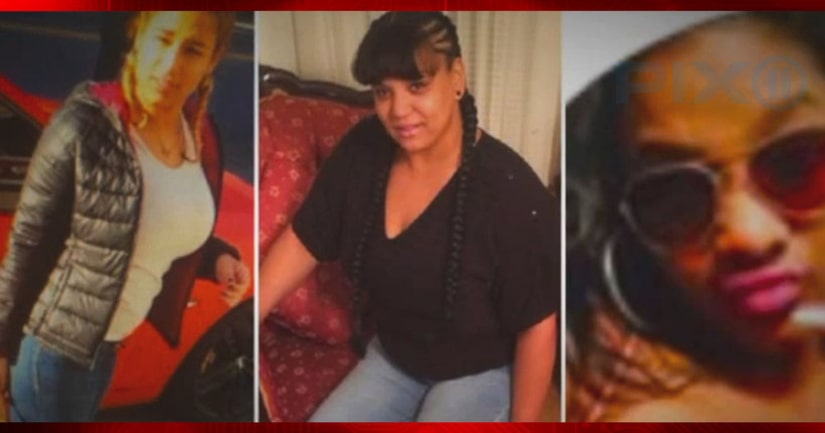 THE BRONX -- (WPIX) -- A group of young women is wanted for allegedly kidnapping a 20-year-old from her doorstep and torturing her as they rode her around a Bronx neighborhood, beating her with brass knuckles, threatening her with a hand torch and cutting her hair, police said Friday.

It started about 8:45 p.m. Dec. 4 on Grand Avenue in the Bronx, police said. That's when six females ran up behind a 20-year-old woman as she was unlocking her front door, pulled her hood over her head and forced her into a "black suburban vehicle," according to NYPD.

They sped off and "took turns" assaulting the young victim, punching her in the head and body, police said.

One of the attackers pulled out a small hand torch and held the flame to a piece of metal, which she threatened to burn the victim with, police said. As the group drove on, another culprit continued beating the victim with brass knuckles.

The attackers cut the victim's hair and threatened to cut her face then kicked her out of the car in an unknown location, police said. They drove off, leaving the victim alone and badly bruised, with the young woman's iPhone 6s, jewelry, jacket and keys, police said.

The victim was tortured for at least two hours inside the car, according to cops.

Police asked for help Friday finding three of the six culprits and released photos of the trio.

Anyone who recognizes them are urged to call NYPD's anonymous Crime Stoppers hotline at (800) 577-TIPS (8477).

FULL STORY: Group kidnaps young woman, tortures her in backseat as they ride around the Bronx: NYPD - WPIX