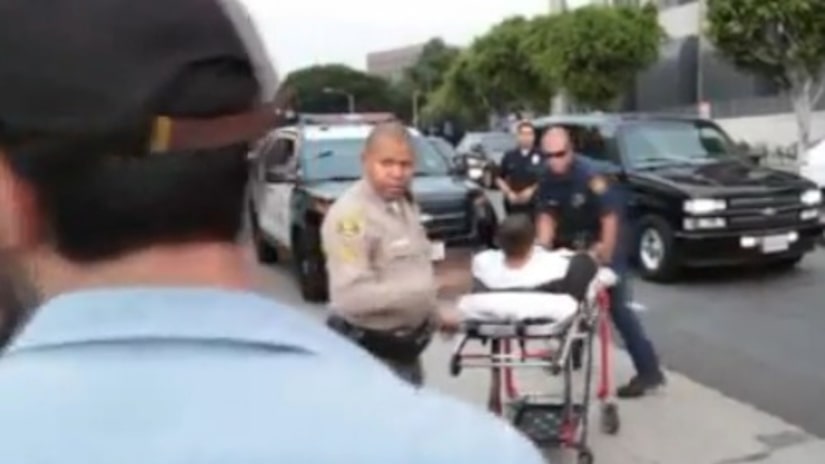 LOS ANGELES -- (KTLA) -- In what was initially described by Los Angeles police as a stabbing, an 11-year-old boy was apparently randomly attacked on the steps of Disney Concert Hall Thursday by a possibly mentally ill man wielding a set of keys, authorities said.

Police were called to the intersection of Grand Avenue and First Avenue — where the concert venue's main entrance is — at 3:42 p.m., according to Officer Aaeron Jefferson with the Los Angeles Police Department's Media Relations Section.