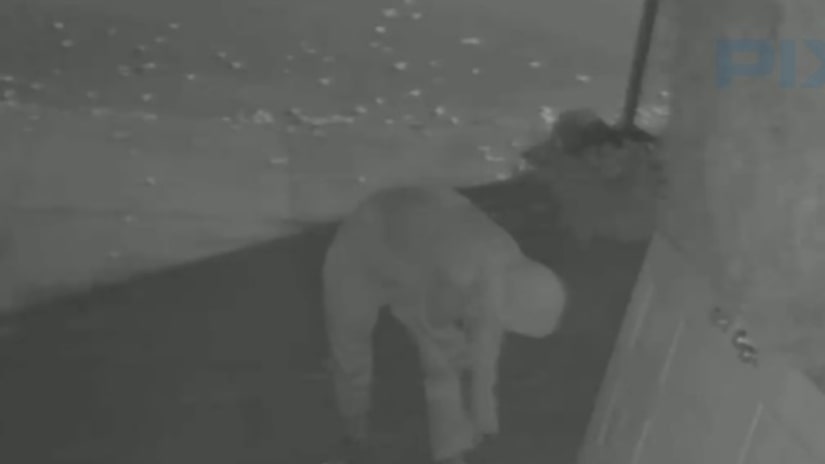 Newly released surveillance video shows the firebug, with his face covered and wearing gloves, walking in the vicinity of his November 8 incident (see below) at 112th Street and 68th Drive about 7:20 p.m., police said. It also appears that he removes a firearm from his left ankle and then transfers it to his front right pocket.