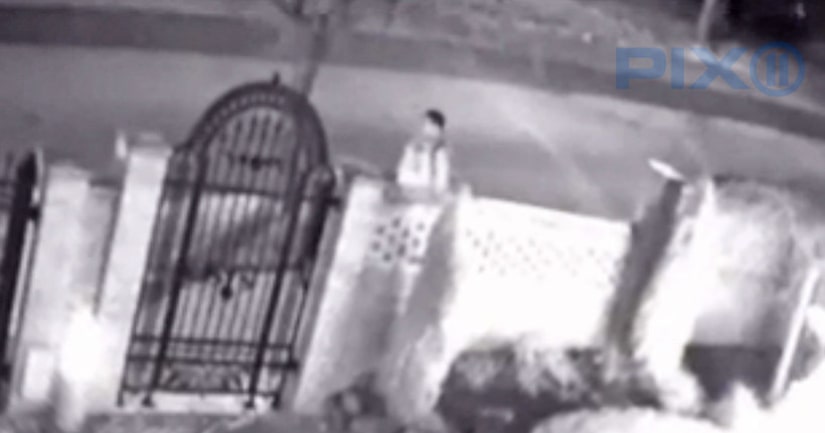 FOREST HILLS, Queens -- (WPIX) -- There's a new view of a serial arsonist terrorizing the Queens neighborhood of Forest Hills, where at least seven fires have been intentionally set in less than two months.

A home surveillance camera is giving investigators their best glimpse yet of a man suspected of destroying new homes by burning them. The firebug seem to target buildings under construction, investigators said.

"He appears to be a young male of unknown ethnicity," FDNY spokesman Robert Boyce said.

The video was taken this past Sunday, about the time of the seventh and most recent fire. In that case, a home on 69th Road was torched for the second time.

Earlier this week, another video was released of the hooded culprit, apparently surveying the damage after setting a home ablaze on 67th Drive on Thanksgiving Day.

In each of the fires, dating back to Oct. 20, the homes have been vacant and under construction.

Resident and community leaders held a meeting Tuesday afternoon condemning the arson attacks. A $62,000 is being offered by the community in order to catch the culprit.