Peter Chadwick, 55, has been apprehended in Mexico and brought to Los Angeles Monday morning, law enforcement sources told CBS2. CBS News caught footage of him being escorted by authorities after being flown to L.A. International Airport. 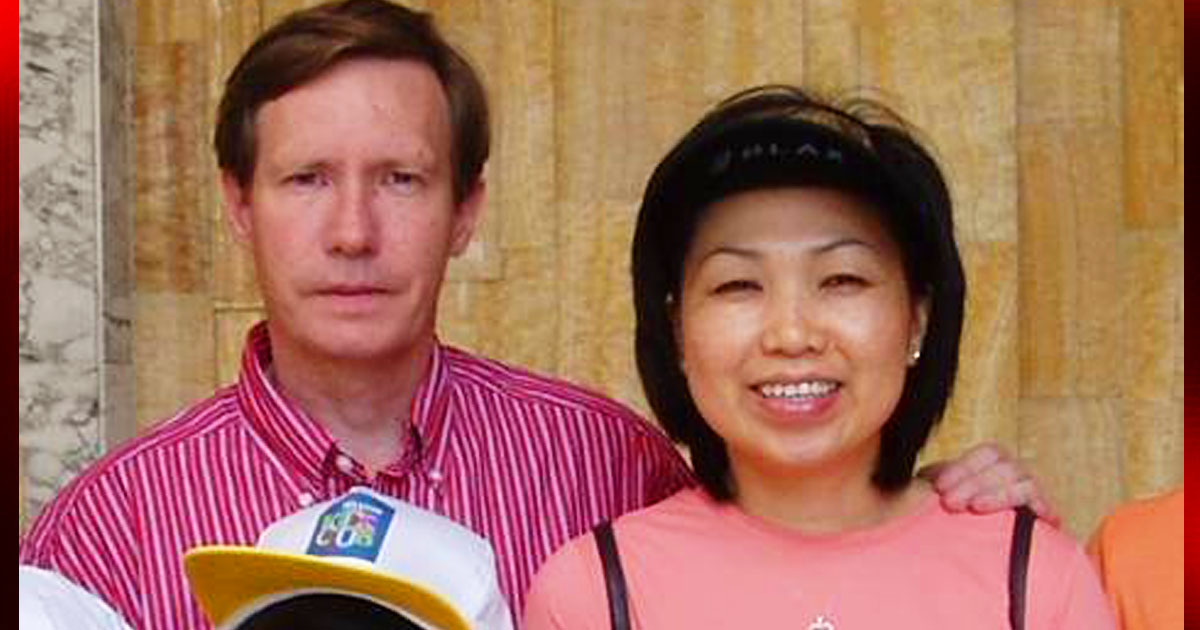 The U.S. Marshals Service added Peter Chadwick to its 15 Most Wanted fugitive list. Chadwick, 54, is wanted for the 2012 murder of his wife of 21 years in Newport Beach, California. A $100,000 reward is offered in the case.

Because of Chadwick's access to monetary resources and his extensive international ties, authorities believe he may have fled the country. Due to the nature of his crime, he should be considered armed and dangerous.

"A $100,000 reward is going to make a difference," Orange County District Attorney Tony Rackauckas said. The $100,000 reward for information leading to Chadwick's capture was organized by the city of Newport Beach, U.S. Marshals Service and private donors.

A real-estate mogul and his wife suddenly vanish from their multimillion-dollar home overlooking the Pacific Ocean.

The exclusive community is horrified, the couple's three children are distraught and police are left scratching their heads.

Newport Beach is one of the most elite enclaves on the Southern California coast.

Peter Chadwick, 48, was a multimillionaire who helped run his father's real estate empire, while 46-year-old Quee, nicknamed "QC," came from a wealthy family in Malaysia and prided herself on being a stay-at-home mom devoted to raising their three young sons.

Parents were so alarmed that they called police one day when neither Peter nor Quee picked up their boys after school in October 2012.

Cops didn't see any signs of a break-in and everything initially looked in order when they entered the $2.5-million home. But there was no sign of the Chadwicks, and something would catch the investigators' attention.

"There's a large safe in the office," said Newport Police Detective Sgt. Ryan Peters. "That was open, ajar, and the safe had contents, financial records, passports, all their personal belongings."

Other clues in the kitchen indicated something may have suddenly interrupted Peter and Quee's plans.

"Two plates were on the counter. Some food was set out as if someone was preparing to make lunch, but it wasn't finished," said Peters.

Then cops discovered disturbing evidence in the master bathroom upstairs.

"They immediately recognize broken glass surrounding the tub, there's a broken vase, a broken jar that possessed sea shells on the backsplash of the tub, and then they saw what they believed to be small amounts of blood spatter near the drain and on the back of the tub," said Peters. "They also located some towels that appeared to have blood on them."

The family's SUV was also not in the garage, and cops located security video from the guard shack showing it being driven out the front gate at 1 p.m. that same day.

"It looked as if a crime had taken place in that house. It definitely looked like a crime of passion, a heat of the moment type of crime because there was evidence left out, mistakes made. It looked like someone left in a hasty manner," said Peters.

Police have no idea who did what, and place the Chadwicks on the missing persons database -- until they suddenly get a surprising break in the case: A bizarre 911 call to police 100 miles away in San Diego saying Quee has been murdered. It was Peter Chadwick making the call.

Newport Beach Police tell Crime Watch Daily they are dedicated to finding Peter Chadwick for the sake of the three boys who need closure.

The boys are currently in the care of relatives.

A multi-agency effort is underway to track Peter Chadwick down. Police say they believe Chadwick may be getting help from family.

Anyone with information in the case should call the Newport Beach Police Department at (800) 550-NBPD, or you can submit a tip to Crime Watch Daily.