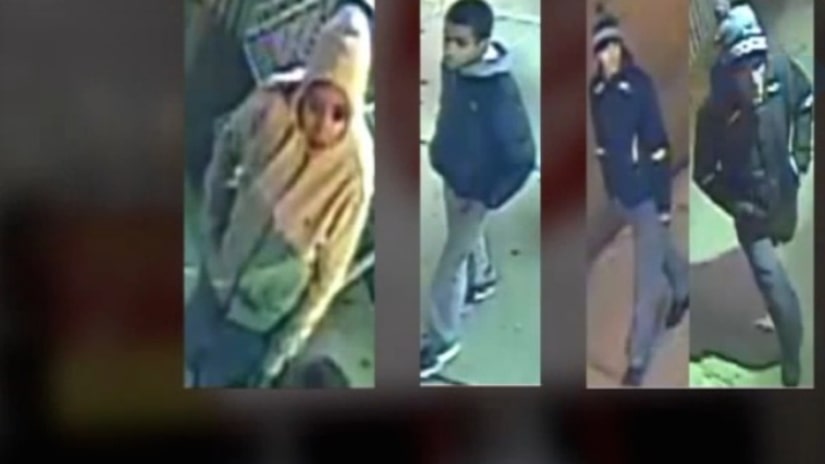 PORT RICHMOND, Staten Island -- (WPIX) -- Police are looking for two young men and a young woman caught on surveillance video who they said targeted a teen with no arms and robbed him a week before Thanksgiving.

The incident happened at 8:30 p.m., on Nov. 20 at a shopping center on Forest Avenue in the Port Richmond section of Staten Island.

The 18-year-old disabled victim had laid his cell phone down on a ledge in front of Dunkin Donuts. When two of the suspects approached him asking for money, the third grabbed his phone and took off.