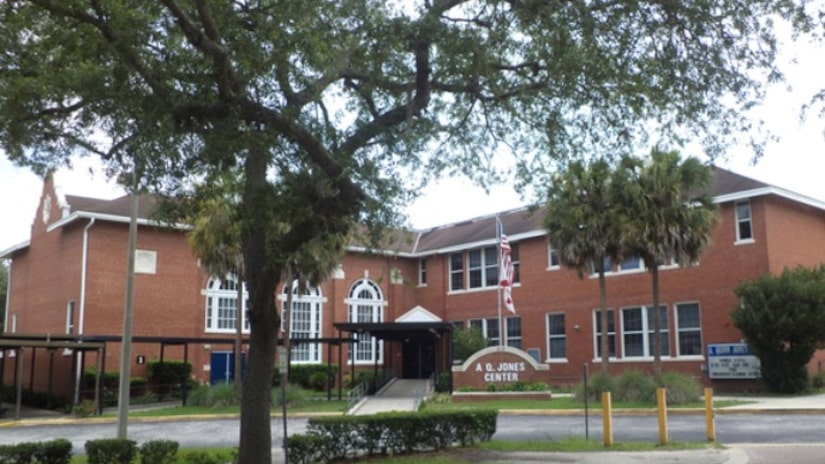 JACKSONVILLE, Fla. -- (WJXT) -- A 13-year-old boy is accused of a snatching a teacher's smart phone and wallet and then stealing and crashing an SUV in Gainesville.

The teen, who News4Jax is not naming because of his age, is charged with grand theft auto, petty theft with crash, petty theft and false 911 report.

Police said the teen stole a wallet containing a smart phone, ID and credit cards from a teacher at the A. Quinn Jones Center. They said he then made a prank call to 911, giving a false name and saying he stole a phone, shot people and hid the gun under a car in the parking lot.

Police said that several hours later, the teen went to Traditional Acupuncture on NW 9th Avenue and asked for a drink of water. He then stole a set of keys on the counter and used them to steal an SUV from the parking lot, which he crashed on NW 7th Lane, police said.