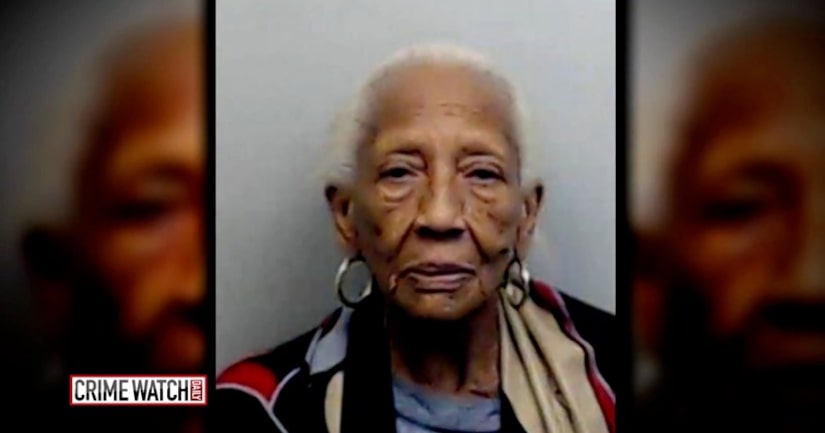 This grandmother is so famous, there's a documentary called "The Life and Crimes of Doris Payne," which chronicles her adventures as one of the most prolific jewel thieves in history.

Her name is Doris Payne, also known as the "Granny Jewel Thief," and the dame's got a rap sheet dating back to the 1950s.

In her many interviews, she's said that classic films like "To Catch a Thief," with Cary Grant and "The Pink Panther," which glamorized jewel thieves, inspired her to pull heists in Europe.

When the feds raided her home in 1998 they found fake passports and $10,000 in cash. The international jewel thief targeted stores spanning the globe, from London to Paris and Japan.

Cops had a hard time recovering a 10.5-carat diamond she admits stealing from Cartier in the glitzy French Riviera. That's because she says, she sewed it into her girdle.

But it was at a Saks Fifth Avenue in the posh Buckhead District of Atlanta where the 85-year-old gem-grabber may have pulled her final job. Atlanta affiliate WGCL reported that investigators say surveillance video shows her sticky fingers ripping off a pair of $700 Christian Dior earrings in October. Police say she pocketed the baubles and bolted.

It's a place she knows all too well. Payne's done several stints in federal prison.

But after spending a night in the joint, the notorious con artist once again slips through the cracks, bailing out of jail.

Her attorney denies the most recent allegations against his client and says she'll plead not guilty.

Payne's explanation: It might have been a slip-up, but she says she thinks she did something wrong, but she wouldn't say what.

So how does Doris nab the goods?

She says she strolls into a ritzy store dressed to the nines, convincing clerks she has money to burn. And after showing her the glittering bling, Doris distracts them and slips out with one of the rings still on her hand.

So with her notorious history, how is it legally possible that Doris Payne can walk the streets?

Attorneys say her type of crime gets only a slap on the wrist.

"What is missing from any of her crimes, from what I can tell, is any suggestion that she either carried a firearm or held anybody up," said defense attorney Page Pate.

In a way, Doris is like a twisted Robin Hood, posing as the rich to steal from them.

"I don't have any regrets about stealing jewelry," says Doris Payne.